Producer Karan Johar with actors Arjun Kapoor and Alia Bhatt unveiled the theatrical trailer of their upcoming film ‘2 States. The movie is based on Chetan Bhagat’s 2009 bestseller ‘2 States: The Story Of My Marriage’.

The film is about a Punjabi boy (Arjun), who falls in love with a Tamilian girl (Alia). The regional and cultural clash between the two families is what forms the story of 2 States.

Talking to the reporters at the trailer launch, Arjun said “It’s a dream come true for me to be part of this film. I’m grateful to Karan Johar, Sajid Nadiadwala and Chetan Bhagat to have cast me in ‘2 States'”

The actor was last seen in one of this year’s most successful films Gunday.

Alia, who was recently praised for her performance in ‘Highway’, said “I was reading ‘2 States’ while I was shooting for ‘Student Of The Year’. I never thought a film will be made on this and I really liked the character of Ananya in the book. She is damn cool and I am happy to do this film.”

Check out the photos from the trailer launch event. 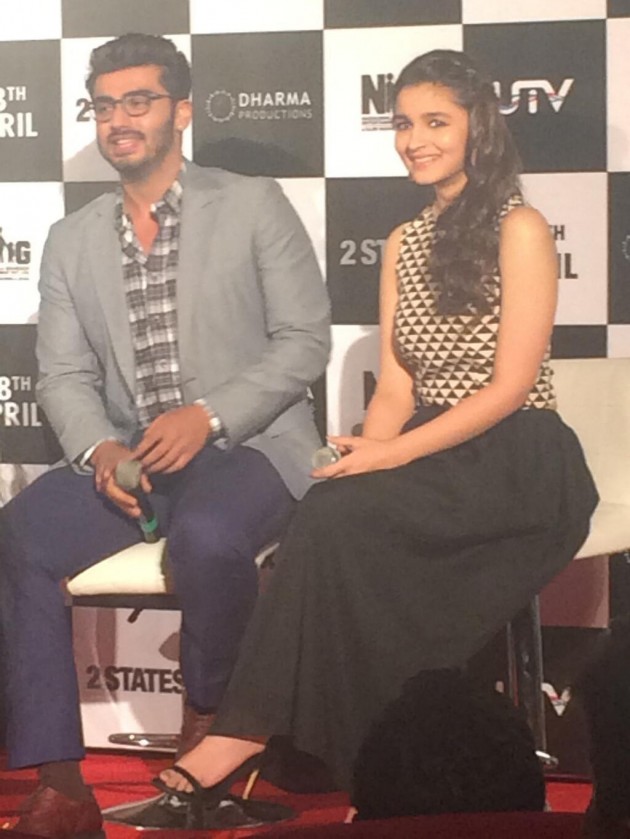 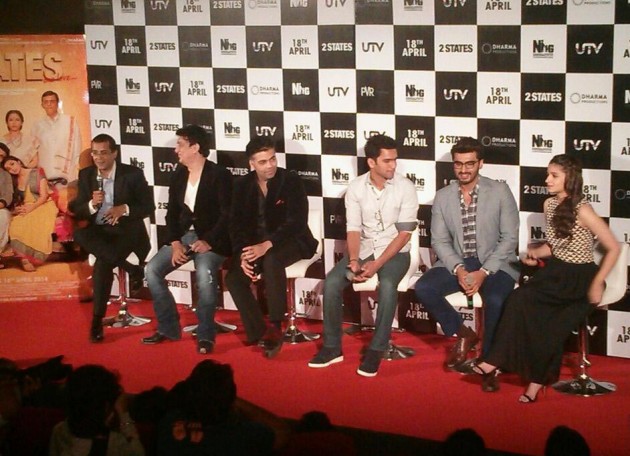