Bollywood superstar Salman Khan, who founded his ‘Being Human’ charity organisation, has now donated 300 lenses to visually impaired people in Sri Lanka. The actor is in the country to campaign for President Mahinda Rajapaksa for the upcoming elections.

While Salman himself is reluctant to publicly announce the charity that he does, it was his Kick co-star Jacqueline Fernandes who made the announcement on Twitter “Salman Khan doing what he does best! @beinghumanclothing giving sight to those who can’t see, donates 300 lenses!! #srilanka #home #happy.”

Khan has often said, that most of what he earns goes to charity. 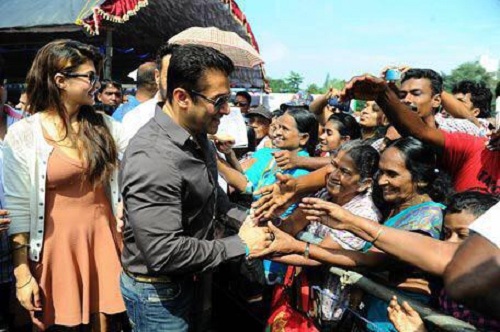