One of Bollywood’s most iconic directors, Sooraj Barjatya, turned 51 on Sunday. To celebrate the occasion, Barjatya’s favourite actor, Salman Khan organised a special surprise for the shy director.

The entire cast and crew, who are currently in Gujarat, were present for intimate cake cutting celebration.

Barjatya has directed Salman in historic blockbusters like Maine Pyaar Kiya and Hum Aapke Hai Kaun. Their third film together, Hum Saath Saath Hai wasn’t a massive blockbuster, but went on to be one of the biggest hits of 1999.

Salman and Barjatya are reuniting after 15 years for their upcoming Diwali release ‘Prem Ratan Dhan Payo’. 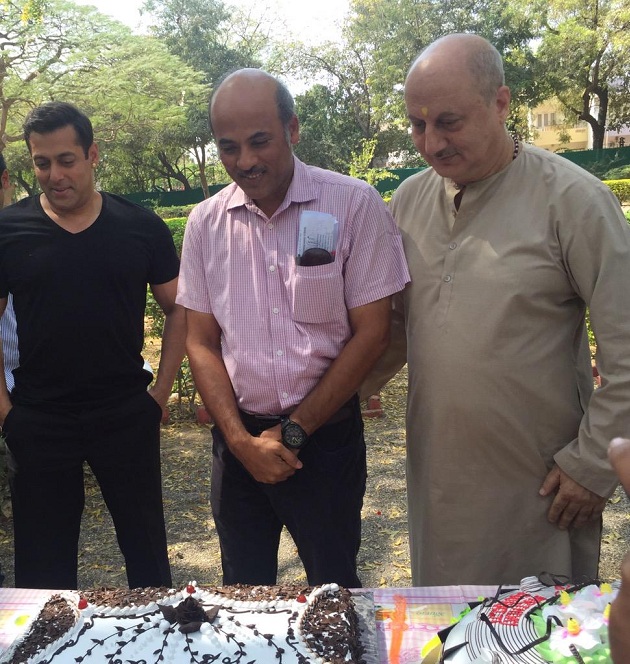 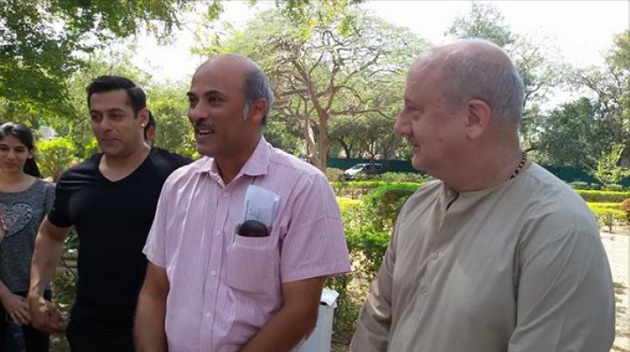