Bollywood superstar Salman Khan will be the guest on the 100th episode of Karan Johar’s popular television talk-show ‘Koffee With Karan’. Salman will share the ‘couch’ with his two brothers, Arbaaz Khan and Sohail Khan.

Posting a picture on his official Twitter page, Salman said “At Koffee with Karan shoot #koffeecentury”

Johar replied saying “Thank you so much Salman for coming on our 100th episode of #koffeewithkaran.. #koffeecentury..” 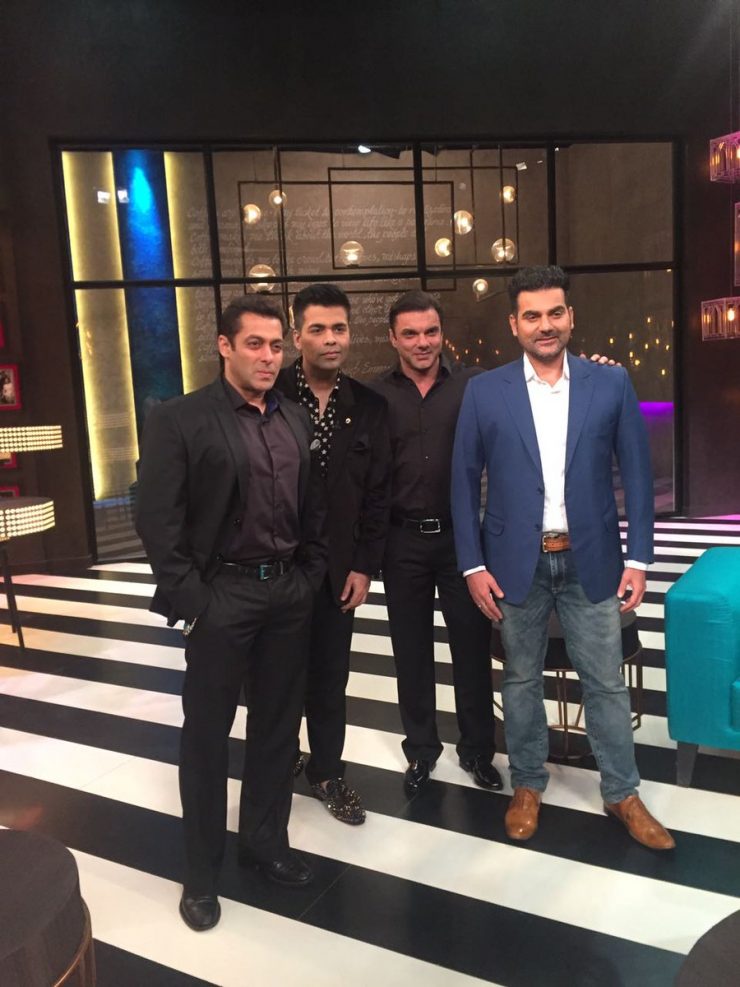