Here is an action scene from Phantom starring Saif Ali Khan and Katrina Kaif. The film is an action thriller which is slated for release with Hrithik Roshan’s Bang Bang later this year.

Katrina seems to be talking on the phone, while running for her life. Saif also seen running around with automatic weapons. 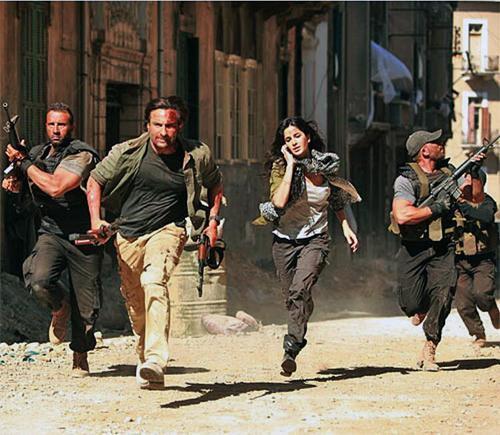