Ranbir Kapoor, Arjun Kapoor and Ayan Mukherji were spotted outside Karan Johar’s outside on Monday night. Ranbir was seen covering his face with an iPad box as he walked out.

Check out the pictures. 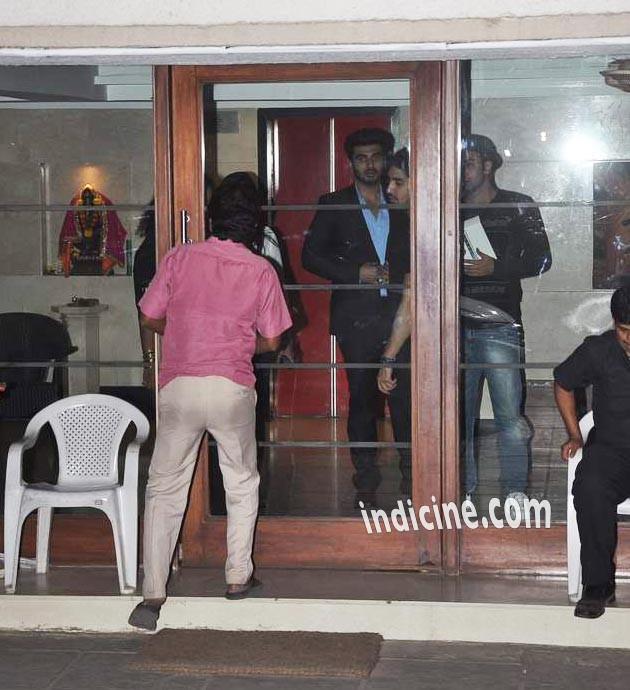 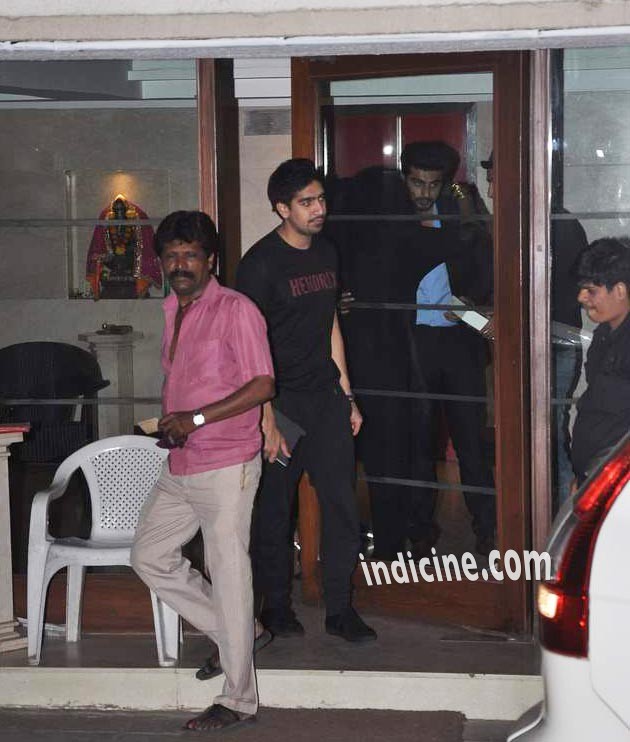 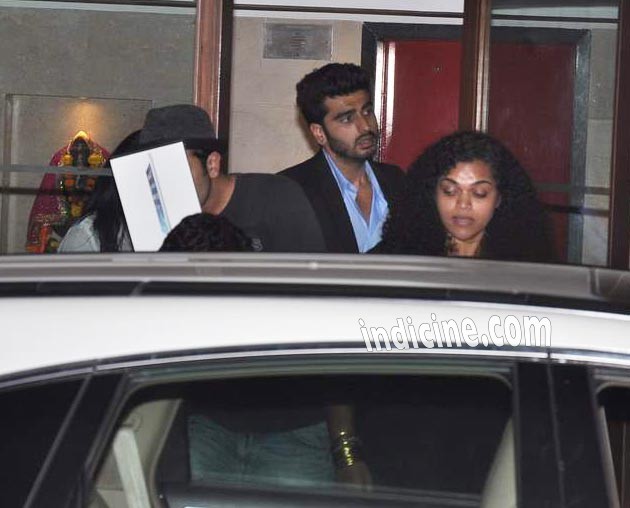 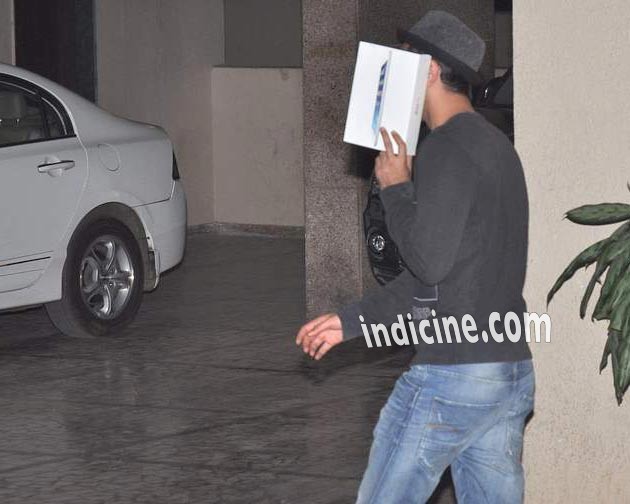