Saif Ali Khan has been in the film industry for over two decades now. Even though the actor won his Filmfare Best Debutant Award for Aashiq Awara (1993), he made his debut with a supporting role in Yash Chopra’s directorial Parampara (1992), which had Aamir Khan, Sunil Dutt and Vinod Khanna in the lead. It’s quite ironical that in spite of being in the business for such a long time, most of the initial success that he achieved in his career came from films where he played second lead. 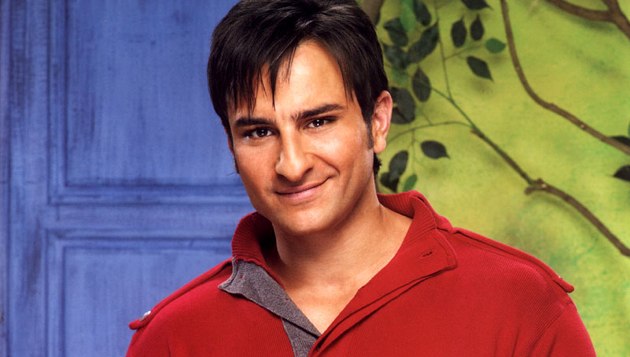 The table below captures the most prominent successes in Saif Ali Khan’s career as a parallel lead.

Dil Chahta Hai and Kal Ho Naa Ho are considered as turning points in Saif’s career because post the success and accolades received by these films, he started giving hits on his own. His first major victory came with Hum Tum in 2004 which also laid the foundation of a strong partnership between Saif and Aditya Chopra (YRF). Together they gave two more successes in Salaam Namaste (2005) and Ta Ra Rum Pum (2007).

But, it was Race (2008) which did wonders for Saif as he managed to enter Top 5 for the first time as a main lead. 2008 was a year when all superstars had major releases, still Saif starrer Race managed to grab the 4th spot (BEHIND — Aamir [Ghajini]; Shahrukh [RNBDJ]; Akshay [Singh Is Kingg] / AHEAD OF — Hrithik [Jodhaa Akbar]; Ajay [Golmaal Returns]; Ranbir [Bachna Ae Hasino]; Emraan [Jannat]; Salman [Yuvraaj] ). Saif’s winning streak didn’t stop here as he gave the biggest hit of his career in Love Aaj Kal (2009) and seized the 3rd position for the year. Love Aaj Kal also happens to be his first production venture under the Illuminati Films banner.

During this fantastic phase in his career, Saif also delivered some dominant performances which won critical acclaim: Ek Hasina Thi (2004), Parineeta (2005) : Nominated Filmfare Award for Best Actor, Being Cyrus (2006) and Omkara (2006) : Filmfare Award for Best Performance in a Negative Role. Special mention for his Langda Tyagi act in Omkara – one of the best negative performance of the decade and by far the actor’s best.

Unfortunately Saif could not hold on to this exceptional splash as he has never come close to the TOP 5 since Love Aaj Kal. Major Reasons: (1) Neither has he been able to maintain his good Success Rate, like the Khan Trio/Hrithik, nor has he been able to increase the number of releases per year by capitalizing on mass following like Akshay. (2) Most of his major successes cater to urban/young viewers only. Now, to increase his fan-following, Saif must opt for scripts which have larger target audience.

Why Race 2 is crucial for Saif?

The Top 6 positions in Bollywood are already occupied by Big Guns (Salman, SRK, Aamir, Akshay, Hrithik and Ajay juggle themselves for Rank 1 to 6) and there is cut throat competition for the next few spots. Over the last couple of years, next generation stars like Ranbir Kapoor and Emraan Hashmi have given Saif a run for his money to consolidate their position at the 7th spot.

With action and sequels being the flavor of the season, Race 2 has everything in its favor. Moreover, Pritam’s Hit music has only strengthened the box office perspectives of this Abbas-Mastan’s thriller.

Tell us in the comments section below!