Ranbir was on the dance reality show to promote his upcoming film Barfi, which releases this weekend.

The actor went on stage and politely asked Madhuri to join him on stage. Once she agreed and danced with him, Ranbir jumped all over the stage like a teenager, and fell flat on the floor.

A source on the set added, whenever Madhuri took Ranbir’s name on the set, he blushed like a teenager and tried to hide his face. The actress was apparently quite shocked with Ranbir’s craze for her.

Check out the Jhalak Dikhla Jaa Pics below 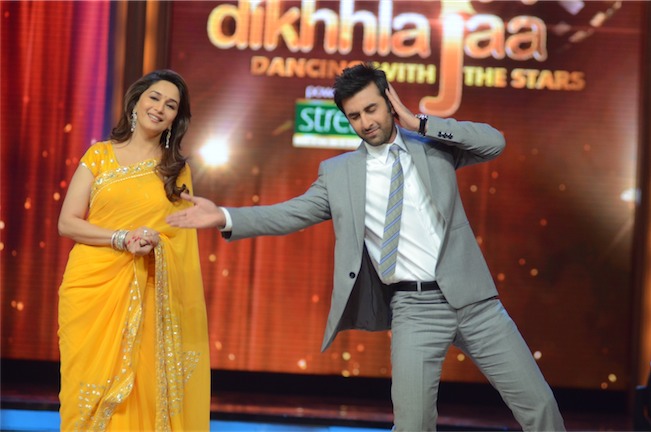 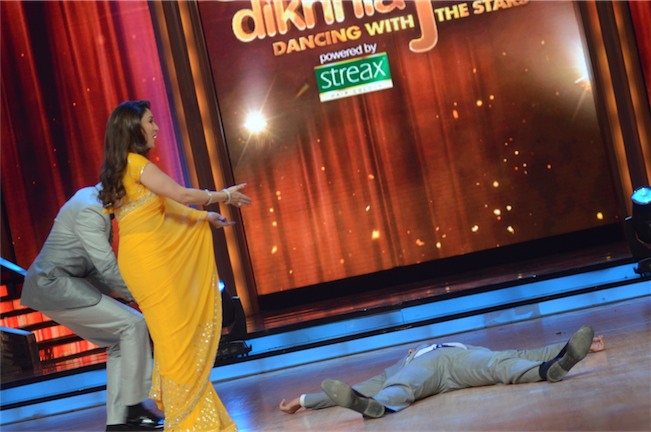 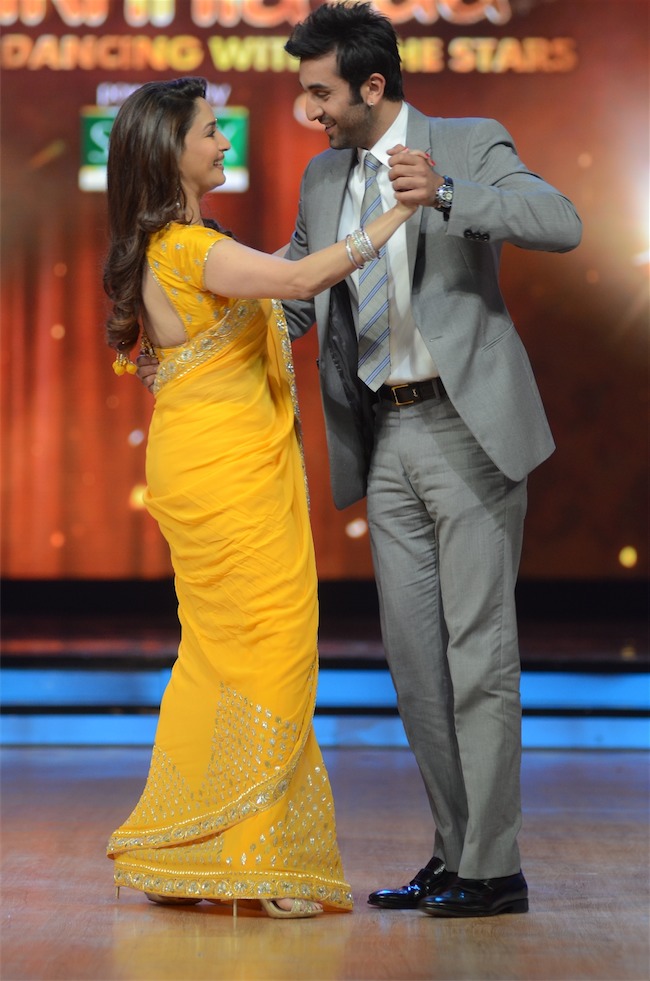