In a unique promotional campaign that has been designed around the superstardom of Tamil superstar Rajnikanth, AirAsia India, the official airline partner of ‘Kabali’ has unveiled its new re-branded aircraft featuring a livery dedicated to the upcoming movie.

“AirAsia India unveiled its all new rebranded aircraft, with a livery dedicated to the most awaited movie of the year – Kabali” said AirAsia in a statement.

This special aircraft is said to be a mark of respect to arguably one of the most popular actors in the history of Tamil Cinema.

AirAsia has also planned a special flight from Bangalore to Chennai for the fans to watch the first-day-first-show of the Rajnikanth movie – which releases in theatres on July 22. 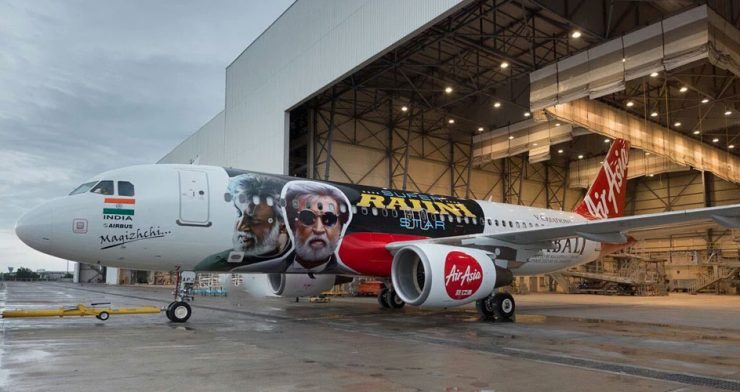