Rajinikanth, Sonakshi Sinha and Anushka Shetty launched the music of their upcoming film ‘Lingaa’. Distributed by Eros International, Lingaa is scheduled to release in theatres a week before Aamir Khan’s PK on December 12th.

The runtime of Lingaa is said to be shorter than most Tamil film that feature the superstar in the lead. Sources say, the film is just 124 minutes (a little more than 2 hours).

Like most Rajnikanth films in recent times, the music of Lingaa has been composed by A.R. Rahman.

As excepted, all eyes were on Rajni throughout the music launch event. Have a look! 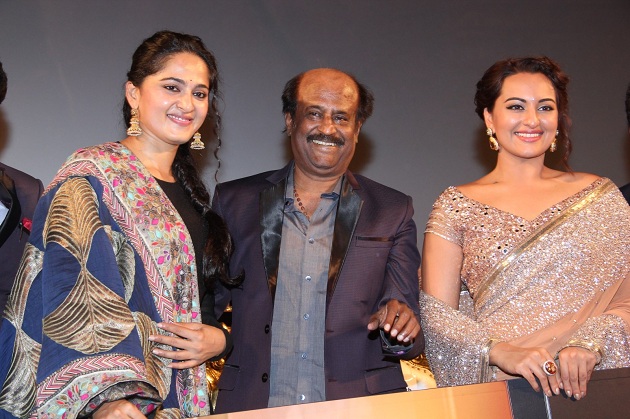 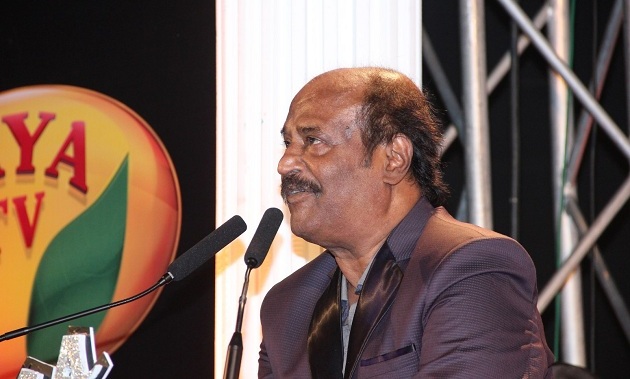 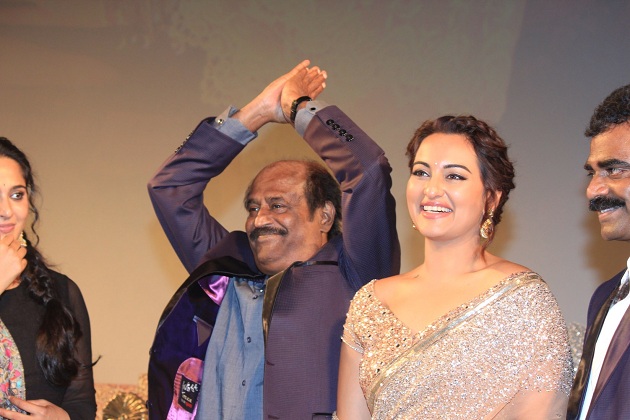