Priyanka Chopra, Ranveer Singh and Arjun Kapoor were at the Gaiety Cinemas in Mumbai to promote their film Gunday, which opened to a spectacular response at the box office on Friday.

The actors visited cinema halls to check the response to their film and even made an appearance during the interval to meet the audience.

Check out all the photos that we clicked outside Gaiety last evening. 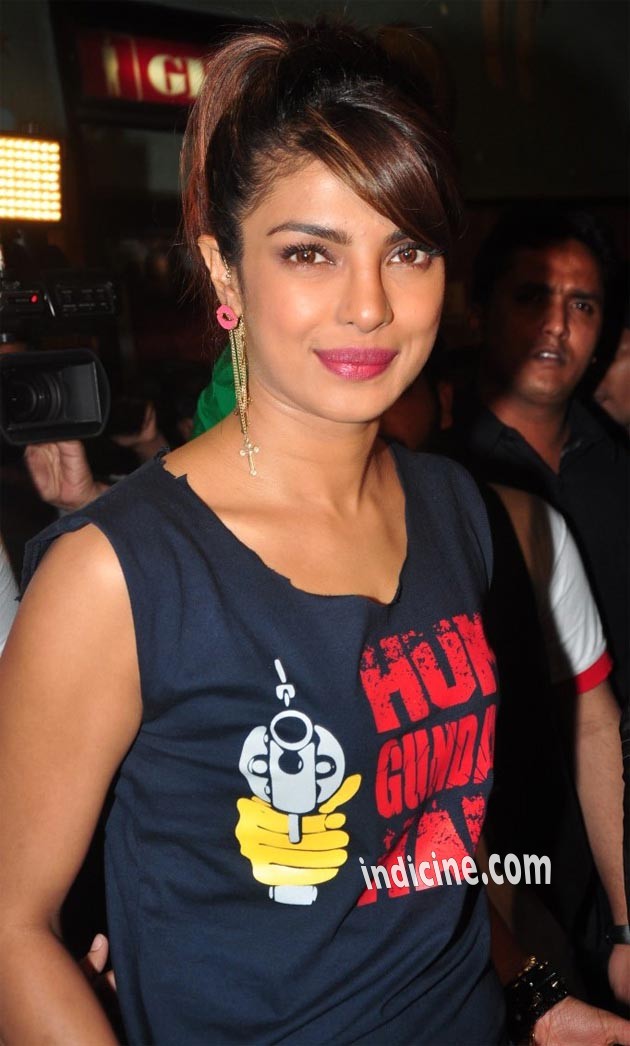 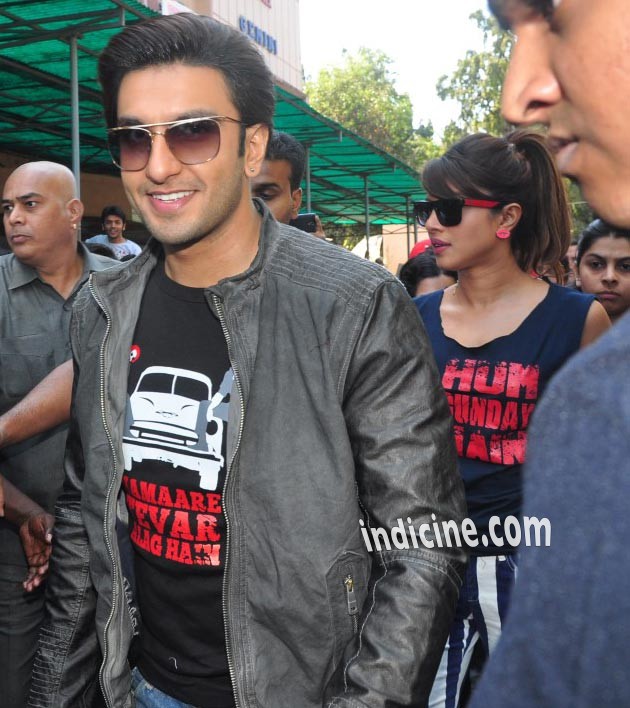 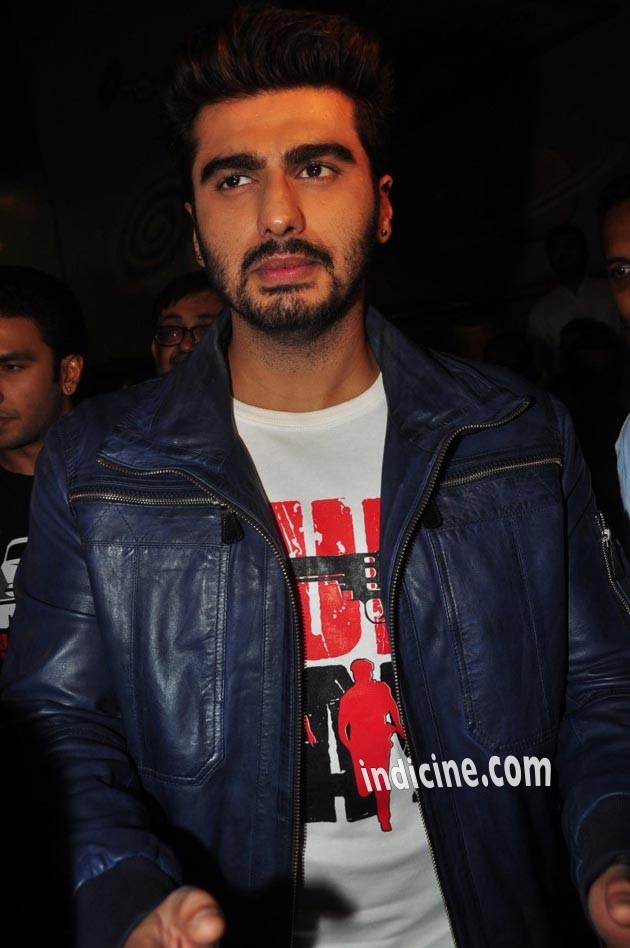 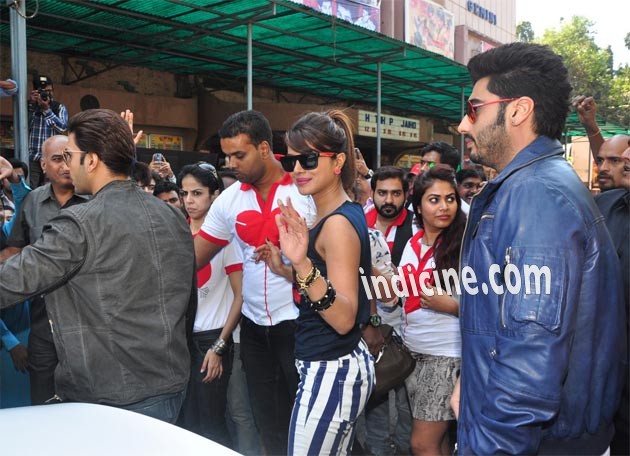 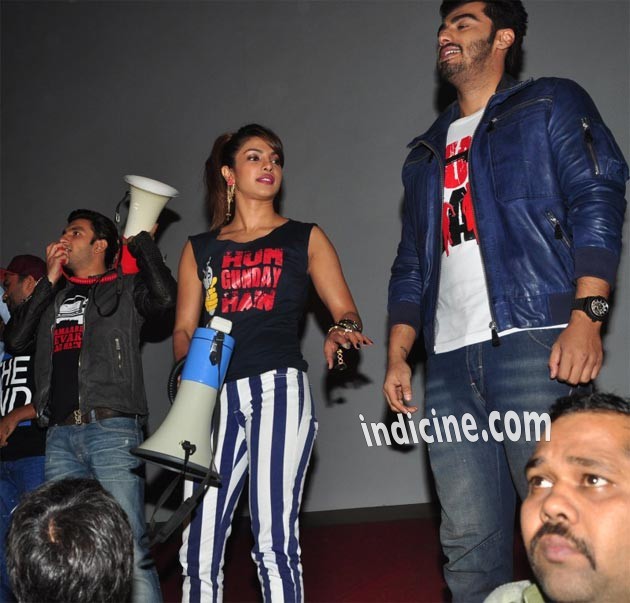 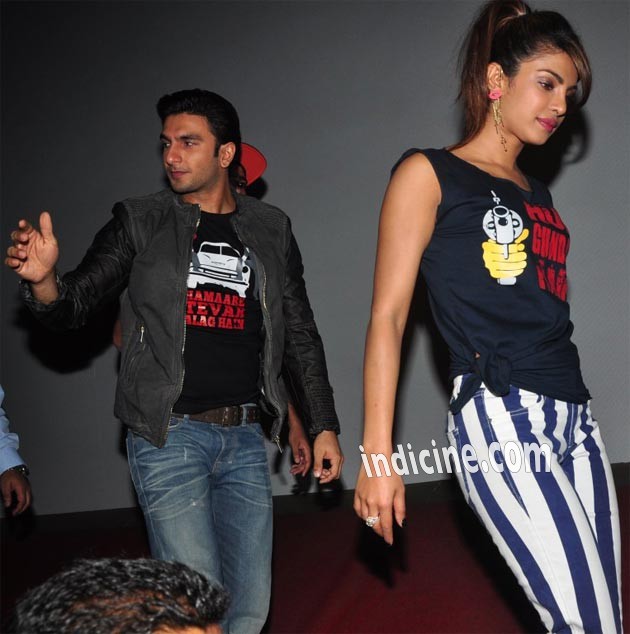