Indian star Priyanka Chopra, who has made a mark globally through her television shows and music singles, is featured on the cover of ‘The Man’ for the month of September 2016.

Priyanka has always been ambitious about her career, but her shift from the Hindi film industry to her debut on ABCD’s Quantico to eventually playing the lead antagonist in ‘Baywatch’, has been staggering to say the lead.

On the cover of ‘The Man’, the actress proudly flaunts her tattoo ‘Daddy’s lil girl’. Priyanka was last seen in ‘Jai Gangaajal’. She hasn’t signed her next Hindi film. 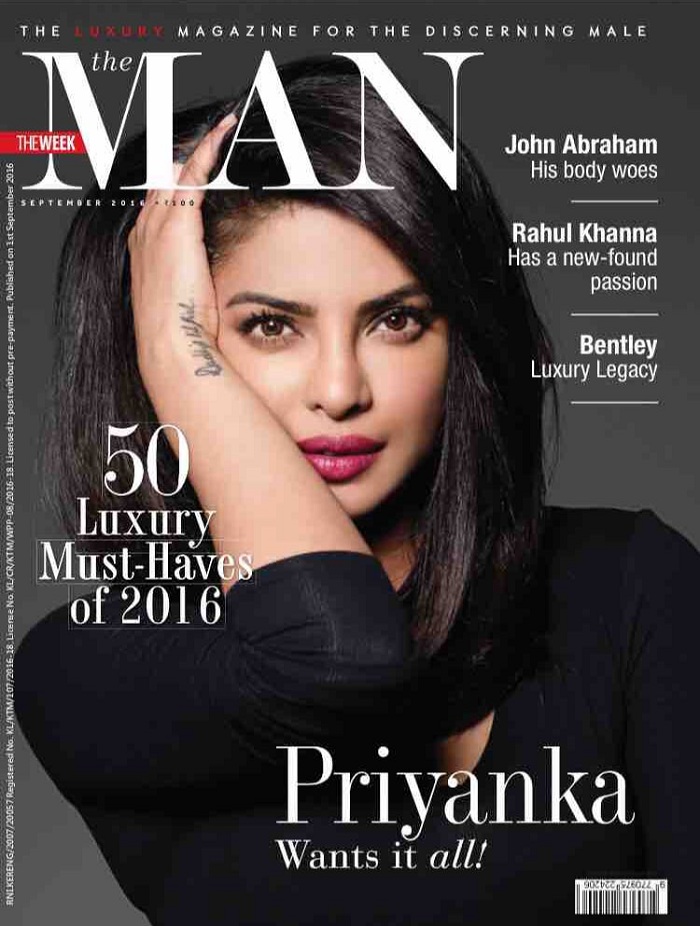