She was once the queen of Bollywood and then after films like ‘Koi Mil Gaya’ and ‘Kal Ho Na Ho’, Preity Zinta disappeared in the crowd. All that remains is her appearances during IPL matches, supporting her team Kings XI Punjab.

But, the actress says she is happy with her life right now and that she has found someone special “I’m in a happy space with a happy guy. And I want to be as far from negativity as I can!”

This was the first time the actress came out of the closet about her current relationship and also spoke about her ex-boyfriend Ness Wadia.

The bubbly actress said “Yes, I’m in a relationship with someone nice. Finally, I have time for myself as the cricket doesn’t need me physically. I reached closure with Ness (Wadia). My glass is always full, never half empty and will remain that way.” 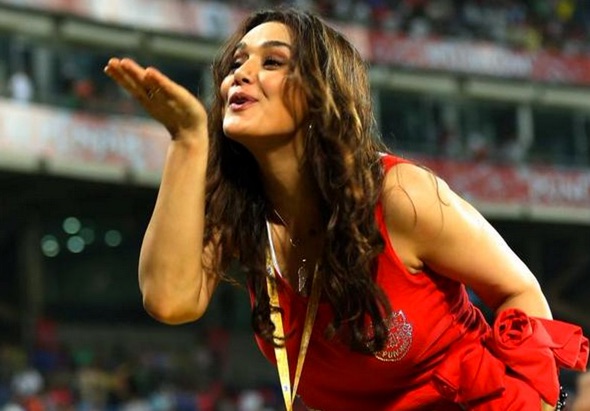 Preity Zinta talks about her boyfriend

Talking about quitting the film industry at the very peak of her career, Preity said “I quit when every top producer wanted to cast me, to become an entrepreneur. Why should an actress remain one all her life when she’s capable of so much more? If another NRI love-story came my way, I’d have stabbed the hero.”

Well we hope the actress has a pleasant life ahead and we wish her cricket team, Kings XI Punjab, the best for the current IPL season.