After a promising start to his Bollywood career with the critically acclaimed performance in Johnny Gaddar, Neil Nitin Mukesh’s career didn’t really take off as expected. But now the actor is back and is excited about his new role. He will be playing Salman Khan’s step brother in the upcoming film, Prem Ratan Dhan Payo.

“It is a very complex character. It is nicely layered. I play Ajay Singh, Salman’s step brother in the film. He is a rebel with a cause. There are times when people are misunderstood and because of that they invite a lot of flak and negative attention. I play a character like that” he said.

Neil went on to talk about his experience of working with a superstar like Salman Khan, who has been in the industry for more than 25 years.

“He is concerned about everybody on the sets. It does not matter to him how big or a small a person is. That shows his stature. His presence is intimidating but when you know him he is like a baby. I am honoured to work with Salman Khan. He is one of the best human beings I have come across. It is so rare to find the combination of a mega superstar, who is so chilled out and relaxed and at the same time a people’s person.” 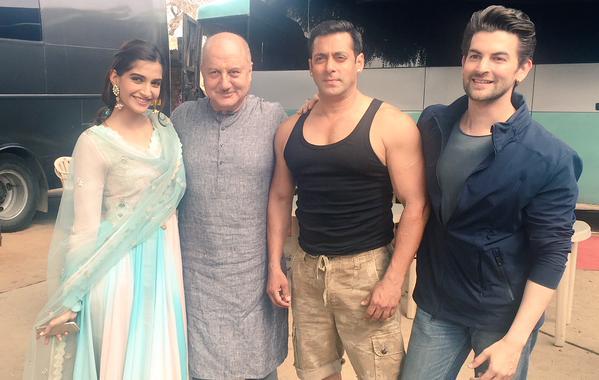 The director of the movie Sooraj Barjatya is known to give blockbusters with Salman Khan and Neil was all praise for him as well.

“This film is a big boost to my career. I couldn’t have asked for more. It is going to be one of the biggest films in India. When I read the script, I was pleasantly surprised because this is not a setting what people would expect from a Sooraj Barjatya film but at the same time he has maintained the essence of his movies so beautifully. I am undergoing physical training for an elaborate action sequence in the film. It is first of a kind for Sooraj Barjatya film and for me as well as I have not done such action before.”