Preity Zinta is going all out to promote her romantic comedy – Ishkq In Paris which releases in theatres on May 24. The actress was seen at the RCity Mall in Mumbai with director Prem Soni, co-star Rhehan and Sophie Chaudhary interacting with the media and fans who had gathered to catch a glimpse of the pretty actress.

Preity was seen at almost all the matches involving her IPL team Kings XI Punjab, who were knocked out of the tournament last week.

The actress was seen in a bright green see-through top. Latest pics of Preity Zinta below – clicked on 12th May 2013. 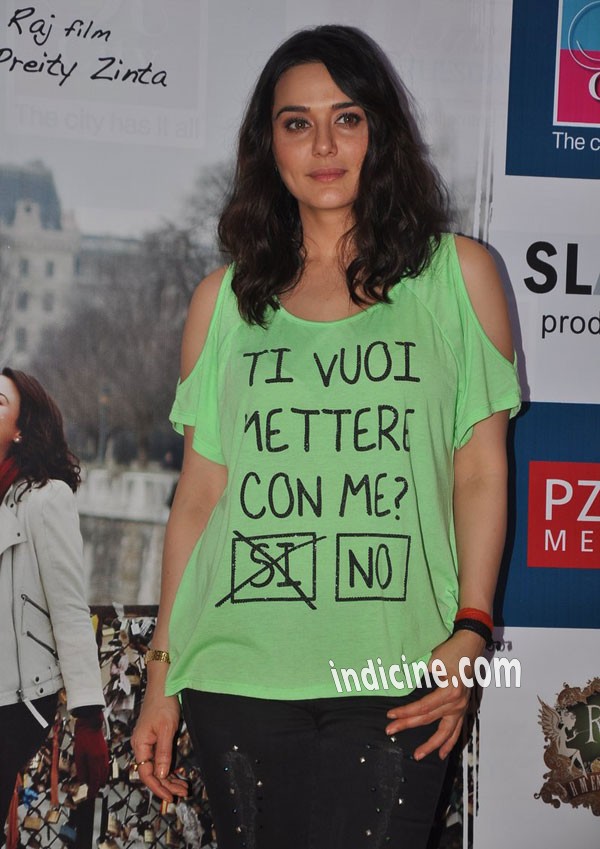 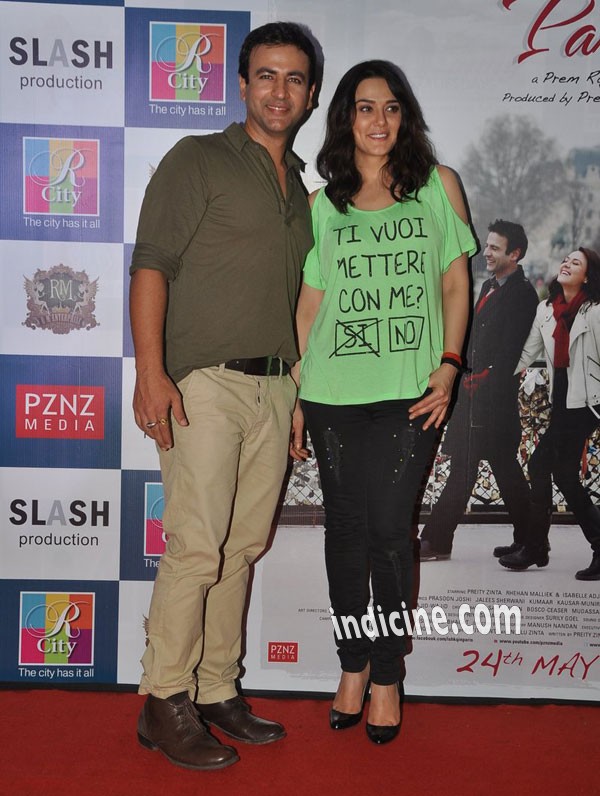 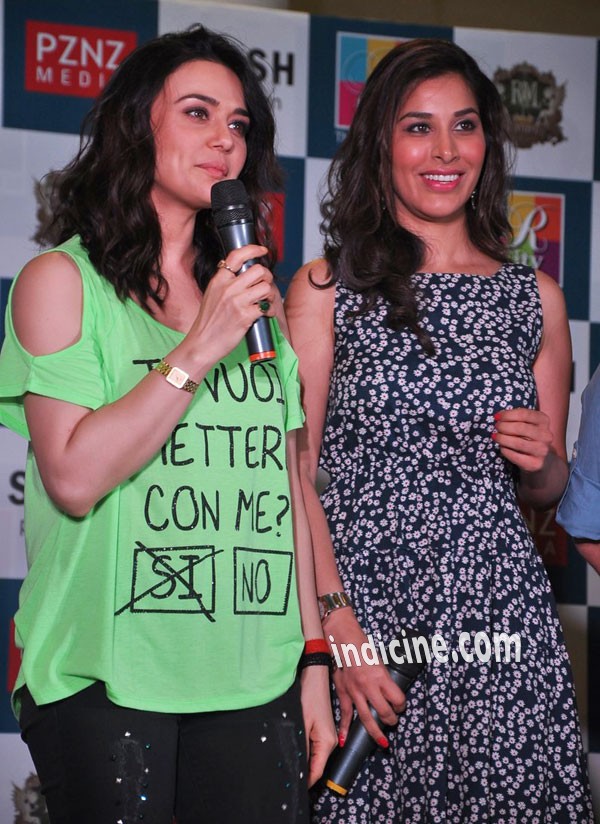 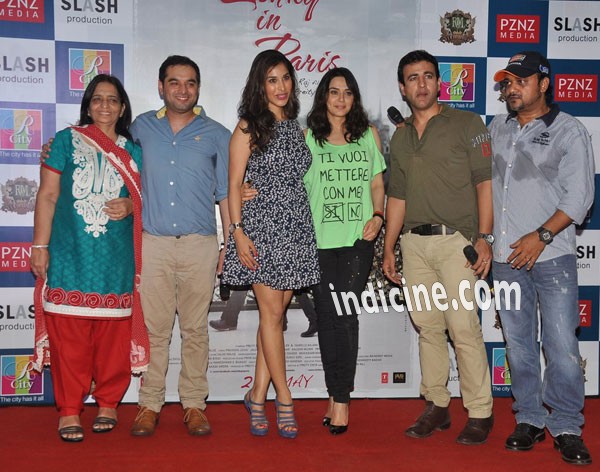 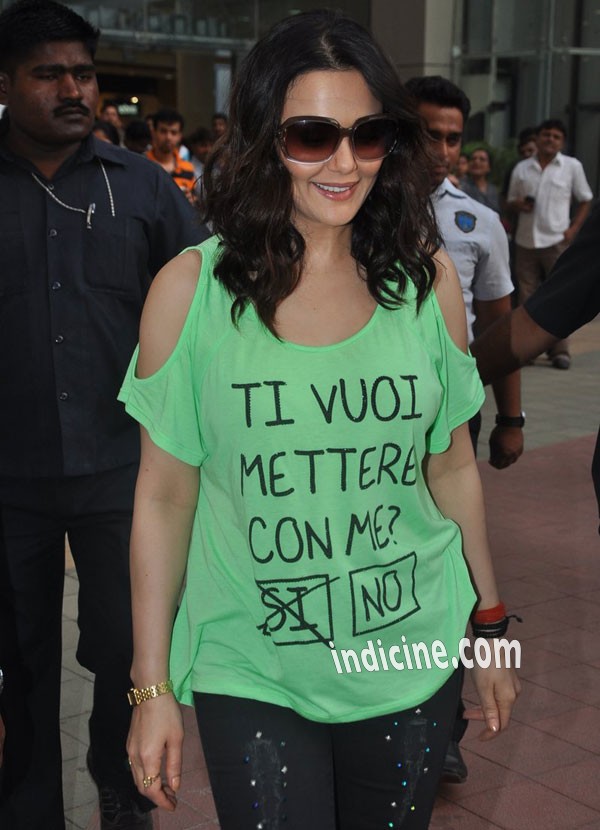 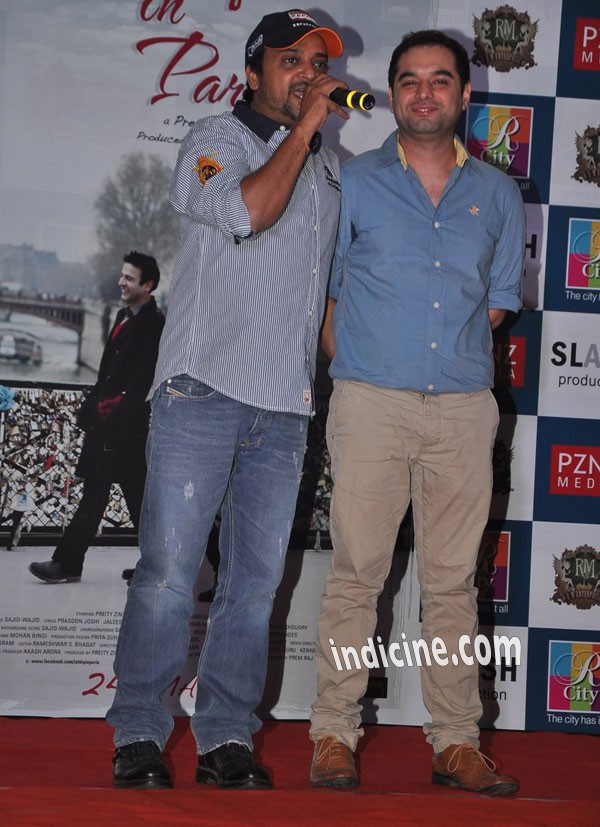 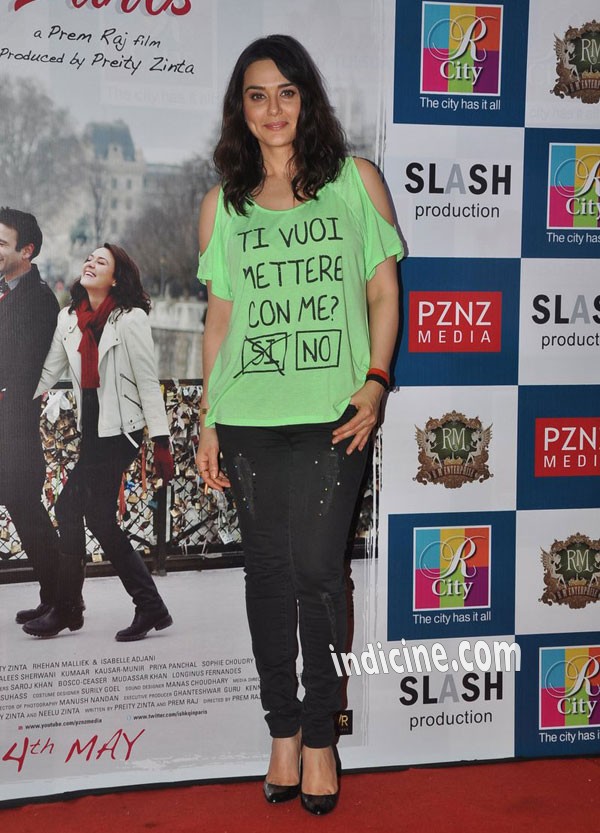 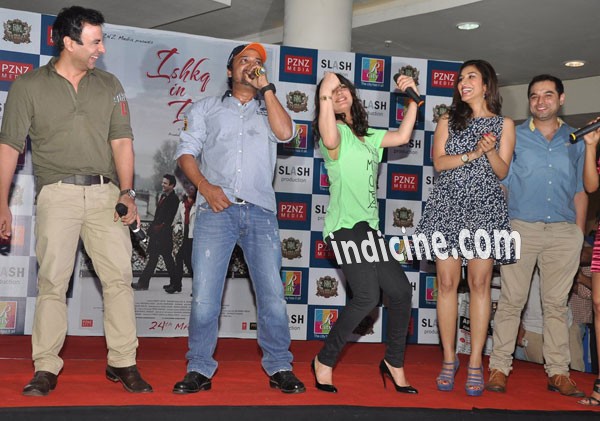 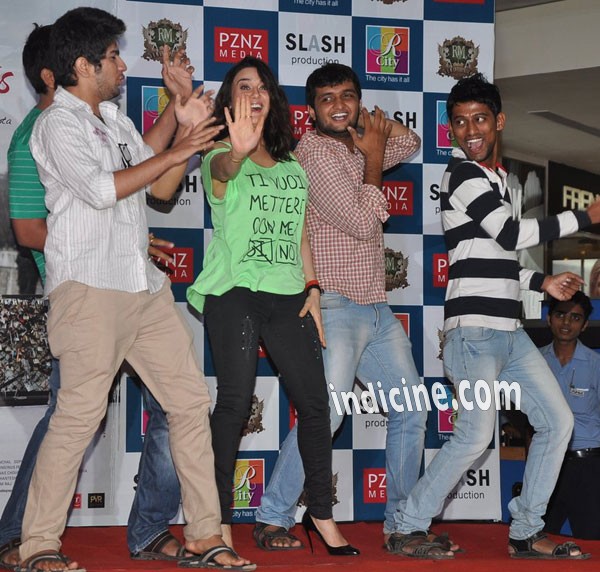 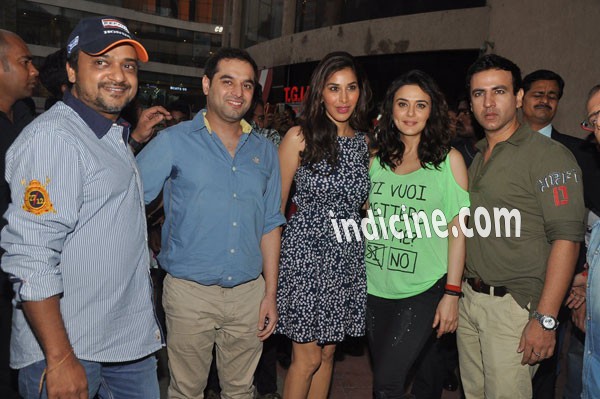