Is it high time that audience as well as industry alike starts respecting 100 crore earners? Last year when there were a record number of centuries being scored starting from ‘Agneepath’ (January) to ‘Dabangg 2’ (December), many started commenting around this hardly being a phenomenon and just the beginning of a phase that was here to stay. It started seeming to many that there was a formula that just about anyone and everyone could bring in and gain a 100 crore success out of that.

Well, as 2013 so far has shown, one couldn’t have been more wrong. With scarcity of films that have come even close to the 100 crore mark, leave aside crossing it, it is crystal clear that a lot goes into making a 100 crore film than just a A-list cast, 2500+ screens release, massive hype and promotion. 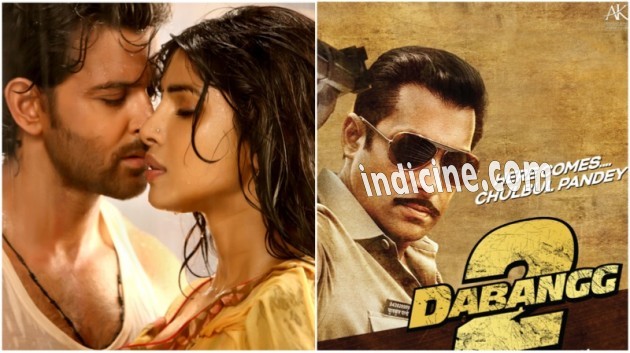 The signs were pretty much there at the beginning of the year itself when ‘Race 2’, after a tremendous first week, couldn’t really last long and just about managed to touch the 100 crore mark. A film that was supposed to easily reach the 125 crore mark, it couldn’t really cover the distance despite hit music, good looking cast and cool stunts.

Later ‘Special 26’ was touted to be a 100 crore film as well but that didn’t quite happen. Yes, there was Akshay Kumar leading from the front and the film was well appreciated. However it was proven once again that for a film to be a 100 crore affair, there is a lot more that goes in.

‘Himmatwala’ was touted to be another easy entry into the club for Ajay Devgn who was riding high on multiple centuries being scored by him during the last couple of years. However audience didn’t really step in and allowed that to happen even though all this while the film was expected to just march its way past the 100 crore mark.

Recently ‘Shootout at Wadala’ released and the wait for an elusive 100 crore superhit has only continued. It was felt that John Abraham and Anil Kapoor would make it two in a row as a pair after the century stand in ‘Race 2’. That hasn’t been the case though.

Now compare this with centuries of last year, ‘Ek Tha Tiger’, ‘Dabangg 2’, ‘Agneepath’, ‘Rowdy Rathore’, ‘Jab Tak Hai Jaan’, ‘Son of Sardaar’, ‘Barfi!’, ‘Housefull 2’ and ‘Bol Bachchan’. For all the ridicule that some or most of these films would have fetched and being addressed as ‘Aah, it is just one of those undeserving 100 crore films’, the fact remains that there was something indeed special about these flicks that allowed them to gain an entry into the exclusive club. There was at least a universal element or two that made audience step into theatres and have a dekko.

Let us give credit to these films and the ones to come where it is due. To bring in footfalls that result in 100 crores coming is not a joke.

It never was! It would never be!