Nargis Fakhri looking at her classic best on the cover page of People – March 2012.

It was her debut film Rockstar with Ranbir Kapoor that released last year. While her performance was slammed by the critics, the film did reasonably well commercially and won several awards. Nargis was in news recently, for her alleged relationship with Shahid Kapoor.

The 32 year old actress poses in a black tube dress with hair tied. Get gorgeous with Nargis Fakhri this month with the People magazine! 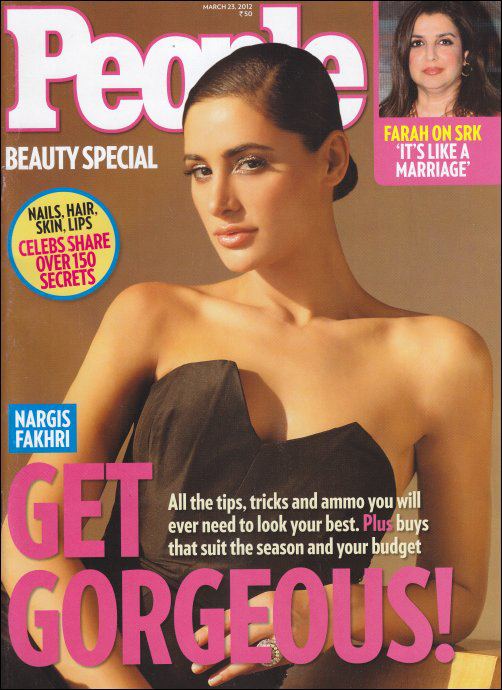 Nargis Fakhri on the cover of People Magazine - March 2012