Two of Bollywood’s most talented leading ladies of the 90s are featured on the cover of the latest issue of Filmfare (March 12). While Madhuri is regarded as one of the most complete actresses of her time, Juhi Chawla too has been a part of several blockbusters in the 90s.

The two stars, who were recently seen on Koffee With Karan, will be sharing screen-space in Gulaab Gang.

The Filmfare issue will be on news stands in the first week of March. 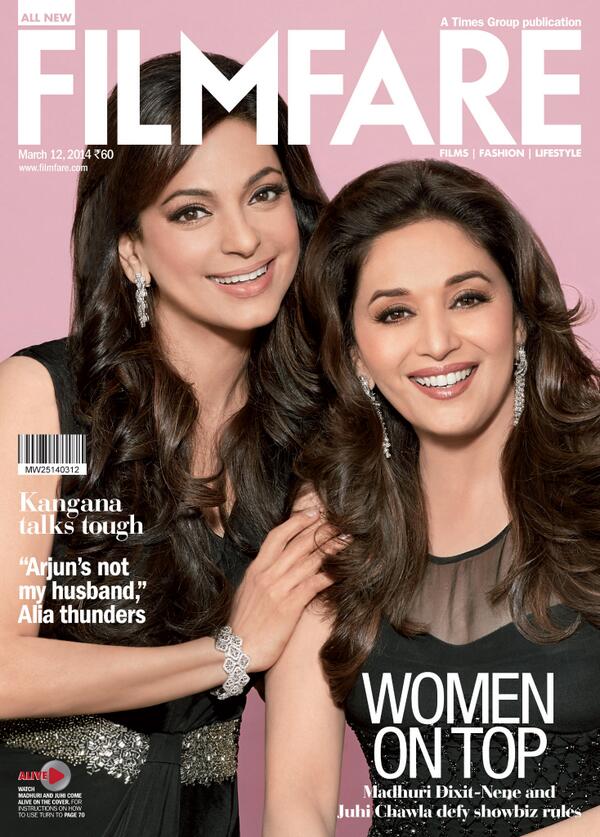