Kareena Kapoor Khan is featured on the cover of Filmfare’s Hot Fashion Issue for the month of November 2014. Kareena was last seen in Singham Returns. Her next big release is Bhajrangi Bhaijaan with Salman Khan, before which she makes a couple of special appearances in films like ‘The Shaukeens’ and ‘Happy Ending’ later this year. 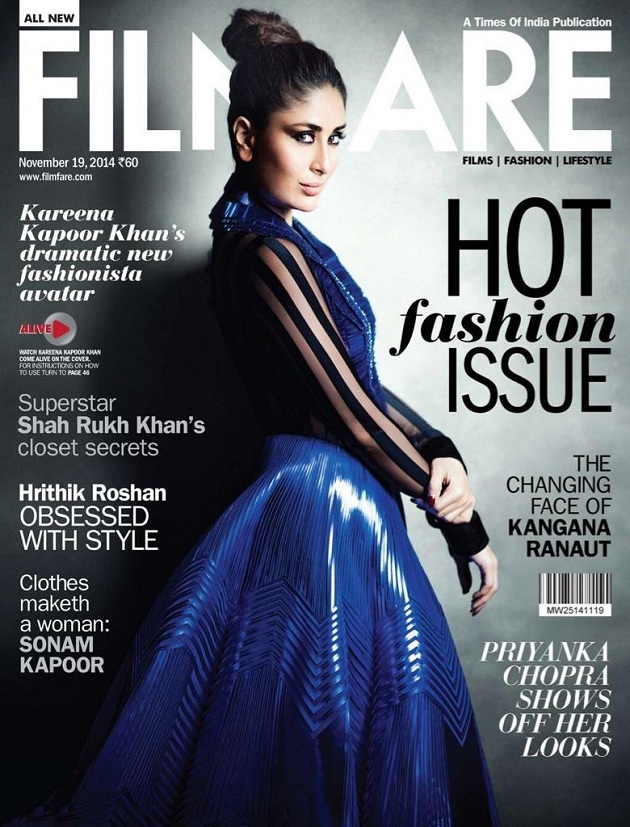