On Indian television, there are several reality shows that are adapted from international TV formats like “Celebrity Big Brother” and ‘Dancing With The Stars”. But Bollywood star Akshay Kumar hopes his new show “Dare 2 Dance” turns the tables.

Known to push his limits on the big screen, Akshay has dared to take creative liberties with “Dare 2 Dance”. He says it’s the first-of-its-kind show in the world, and that he’ll be glad if it is ever adapted internationally.

“I’ll be very proud if somebody from the international world calls up the channel’s team to say ‘We want to buy the rights of this show’. I’ll honestly be very proud,” Akshay said at the show’s launch here Wednesday.

Much to his delight, channel officials have already received a query regarding the show.

“On the basis of the promos, we have already got a query asking for the rights to the show from the eastern European market. It’s a production house from there,” Ajit Thakur, executive vice president and general manager, Life OK, revealed here.

Spread across 16 episodes, the show, to be aired on Life OK starting Saturday, mixes dance with adventurous dares. And Akshay, as the anchor and mentor dares them to groove mid-air, underwater, in the midst of fire and on ice among other rough and tough situations.

It has Indian as well as foreign contestants and has been shot in the picturesque Cape Town in South Africa.

For “Dare 2 Dance”, the actor has played roles other than just being the anchor.

“He (Akshay) was called to anchor the show, but he played a stuntman, dancer, producer (well, almost), creative director and he even rapped for the title song,” Thakur said, praising the actor’s efforts to take the “small idea” of the show to a huge scale.

Akshay said he didn’t want to be a boring anchor.

“It was boring to just stand and watch them doing the tasks, so I preferred enjoying with them and performing with them,” he said.

Thakur said: “Yes, my team called me and said we will have to increase the insurance amount because we never planned for Akshay to do the stunts. He was underwater, he did the ice-skating and he even went mid-air.”

Overall, it was a fun experience for Akshay.

Meanwhile, Thakur is already contemplating over the next destination abroad for season two. 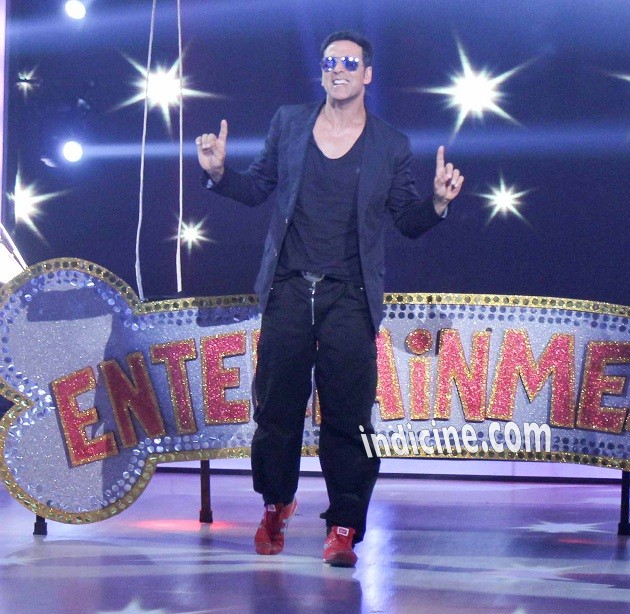