Bollywood superstar Salman Khan recently made a statement that caught many by surprise.

While being tried under the Arms Act in relation with poaching of the endangered Black Buck species, the magistrate asked Salman to fill the caste column to which the actor said “I am an Indian”

The judge then said “There is a column which needs to be filled so you will have to tell.” To which Salman said “I am both Hindu and Muslim. My father is a Muslim and mother is Hindu.” 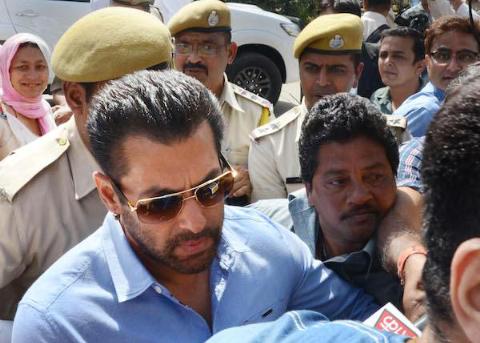 The incident happened during the shoot of the film ‘Hum Saath Saath Hain’, when Salman and a few other stars from the movie had allegedly gone hunting on the 1st of October, 1998. Salman is also accused of carrying illegal arms with him.

The actor was told to appear in court on 23rd April by the magistrate, but could not do so because he was getting treated for an ear infection.