Post the super-success of Bang Bang, Hrithik Roshan was spotted wearing a sling to support his injured arm. According to a report in a leading daily, the actor was working out in his home gym when he accidentally injured his right arm.

His upcoming film, ‘Mohenjo Daro’ directed by Ashutosh Gowariker, requires him to lose all his muscles that he gained for Bang Bang and sport a lean look.  Like always, the actor seems to have taken his work a little to seriously, which has resulted in an injured arm. Doctors have asked him to rest his shoulder for three weeks. 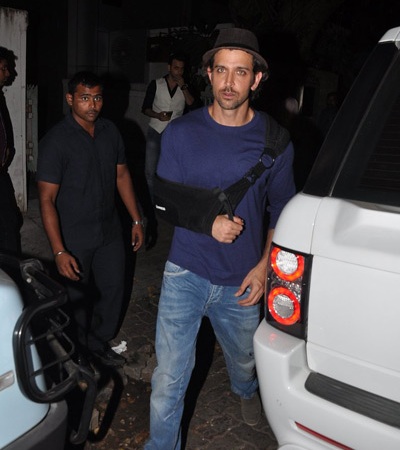 Hrithik Roshan snapped with a sling on his right arm 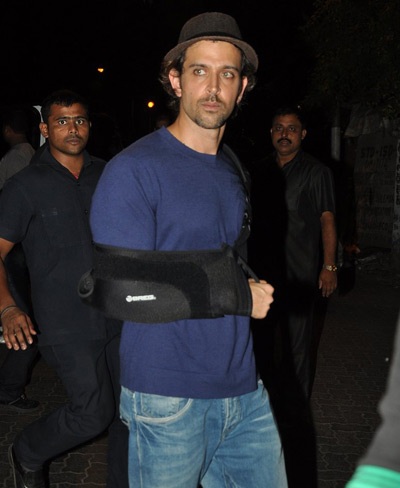 Hrithik Roshan spotted wearing a sling on his right arm