Ever since Hrithik Roshan and his father Rakesh Roshan met Fast & Furious director Rob Cohen, there were speculations that Hrithik has signed a film with the Hollywood director. There was also a strong buzz that the Krrish 3 actor will be seen in the next series of Fast & Furious. But Roshan Sr has rubbished all rumours.

“Sometimes the media knows things about us that we don’t. It’s easy to calculate and say Hrithik met Rob Cohen and since Rob is known for Fast & Furious series, they’re doing an action film together. But no such thing is happening. Rob is a good friend and we just met for lunch,” Rakesh Roshan said.

However Roshan said that the Hollywood filmmaker wants to work with Hrithik “We’ve known Rob from the time when we did Kites. Rob is a big fan of Hrithik. He wants to work with him, but there’s no project at the moment,” the director added.

Hrithik is currently busy shooting for one of 2014’s most awaited films  ‘Bang Bang’. According to sources, Hrithik and Katrina are currently in Prague to shoot the last schedule.

Bang Bang is slated to release in theatres on October 2, 2014. 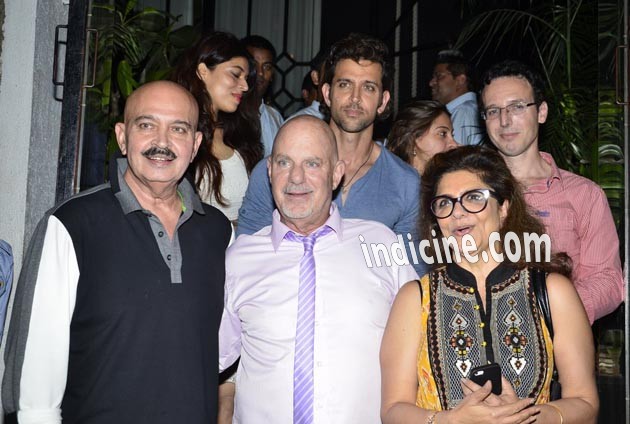 Hrithik Roshan snapped with his family and Rob Cohen