The lead star of ‘Singham’ Kajal Agarwal graces the cover page of Tollywood Magazine for February 2012.

Kajal began her Bollywood career in 2004 with a small role in Kyun…! Ho Gaya Na as Aishwarya Rai’s friend. She then received her big break in a Telugu film and went to become one of the leading actors in the South. The actress appeared as Ajay Devgan’s love interest in the super-hit film ‘Singham’ last year. As of now she has signed a couple of South Indian films that are releasing this year.

Flaunting a golden bikini beneath a netted golden dress, the 26 year old Kajal looks hot! It will not take too long for the gorgeous, young and the bubbly actress to make it to the top in B Town. She is half way through though! 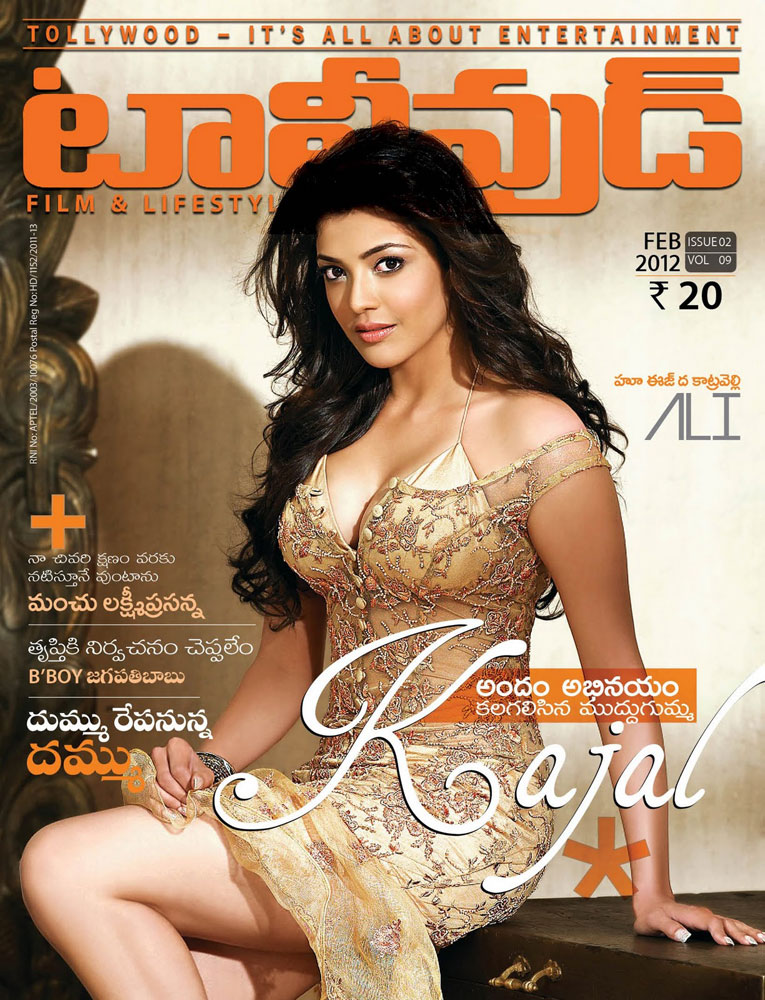 Kajal Agarwal on the cover of Tollywood Magzine - February 2012