The first look poster of yet another Akshay Kumar film is out and this time it’s the keenly awaited ‘Gold’ which was first planned for Independence Day weekend this year, but was later postponed.

Akshay shared the first look poster and said “Every cloud has a silver lining bt with ur love my clouds got a lining of Gold!As my age #TurnsGold,here’s the poster of a film close to my heart”

Gold is being directed by Reema Kagti, who last directed Aamir Khan in ‘Talaash’. The film is scheduled for theatrical release during what is turning out to be the Akshay Kumar weekend of the year – August 15, 2018.

Check out the poster and tell us what you think: 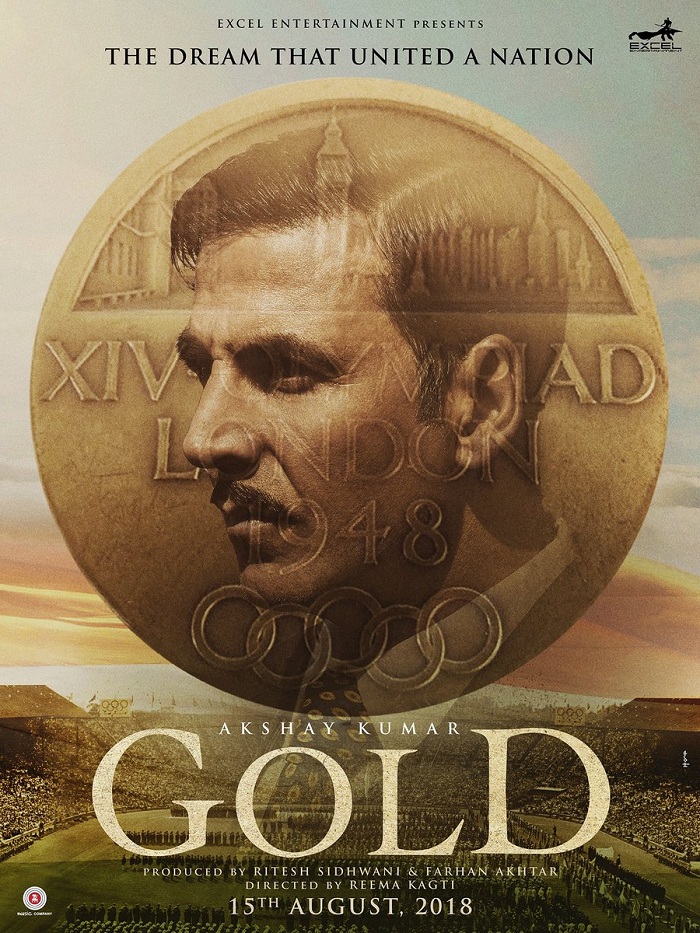