Ranveer Singh’s first look in Zoya Akhtar’s keenly-awaited film ‘Dil Dhadakne Do’ has been released. In most of Zoya’s films, character are close to real life and ‘Dil Dhadakne Do’ is expected to be no different.

Ranveer’s character is dressed in casual clothes, a white t-shirt and denims – clothes that most people would prefer to wear on a holiday.

Dil Dhadakne Do is scheduled to hit screen soon after the current season of the IPL on 5th June 2015. 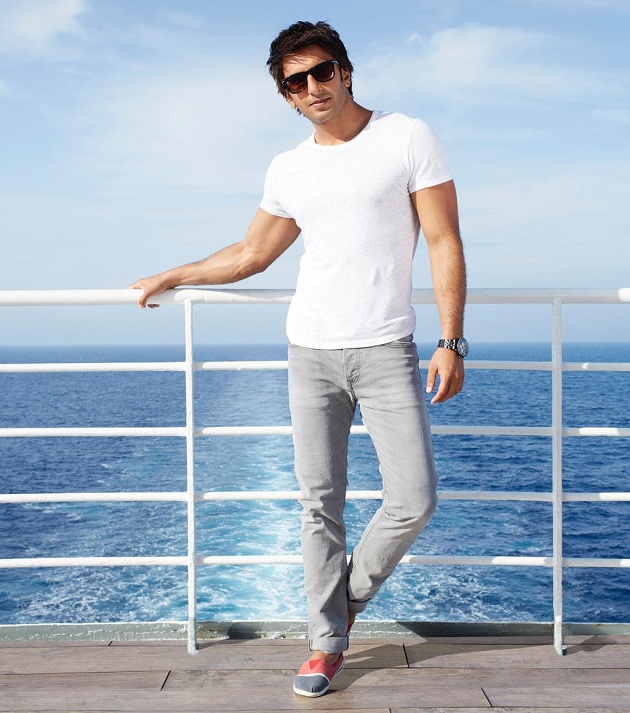