After beginning the year on a high with ‘Queen’, Kangana Ranaut was seen in the not-so-successful ‘Revolver Rani’. Her fans will also get to see her in Dharma Productions’ upcoming release ‘Ungli’ also starring Emraan Hashmi.

Next year, Kangana will be playing a double role in the sequel to the 2011 film Tanu Weds Manu. The sequel will also feature R Madhavan, and will be directed by Anand L Rai.

Check out the first look of Kangana in Tanu Weds Manu Season 2! 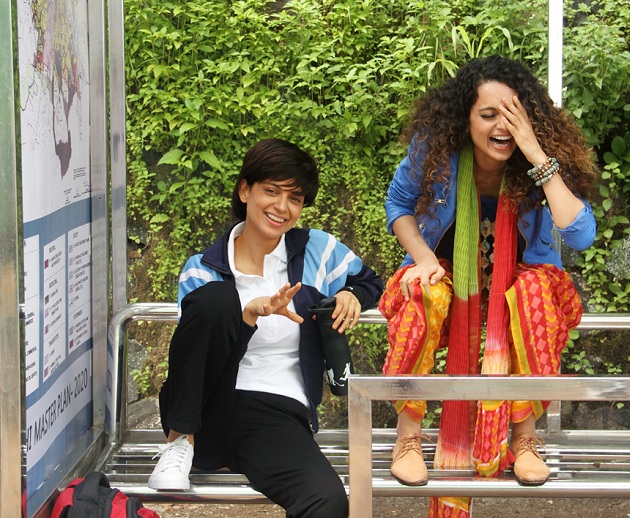