A crore of rupees was a distant dream for Manoj Kumar Raina, who was uprooted from the Kashmir Valley when militancy broke out in 1989. But the dream has turned into reality with his participation in game show “Kaun Banega Crorepati 6” (KBC-6), and now the Indian Railways employee wants to rebuild his house in his scenic hometown of Chowgam.

“I feel I am in seventh heaven,” Raina said over phone. He has his reasons – he is the first contestant from Kashmir to be in the hot seat, he has won Rs.1 crore, met his favourite actor, Amitabh Bachchan, and is now capable of re-building his house in the Kashmir Valley, which he left over two decades back due to the turmoil there. 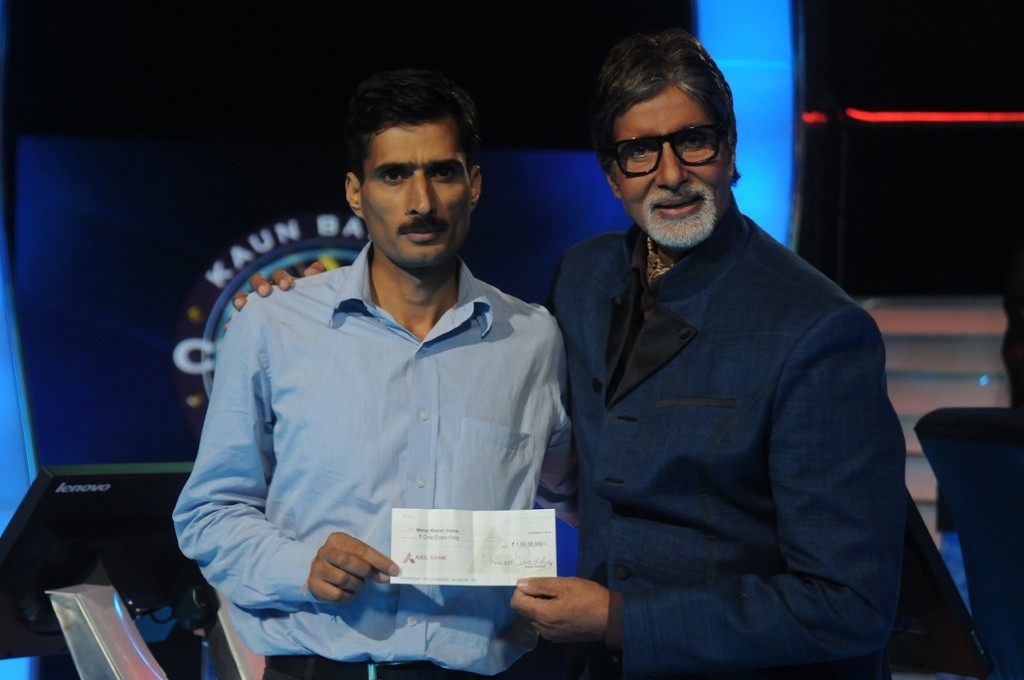 “My house in the Kashmir Valley was destroyed during the militancy. We were forced to leave the place, and since 1990, I’ve been living in Jammu. Ever since then, I have wanted to make a house in Kashmir, and that’s what I want to do with the money I have won,” said the Kashmiri pandit, who also wants to also help others of his tribe, in whatever little way he can.

He has visited the Valley thrice since his family was displaced, and even though his visits make his blood boil, he feels militancy has receded to quite an extent.

In Jammu, the 48-year-old lives with his parents, wife and has a 10-year-old son. His family accompanied him to the sets of KBC, an experience which will remain with him for a lifetime, he says.

“Amitabh Bachchan is a real legend. He shows so much love and affection, he is so warm, and the way he talks to people, on and off the set, is magical. It is unmatched,” added Raina. 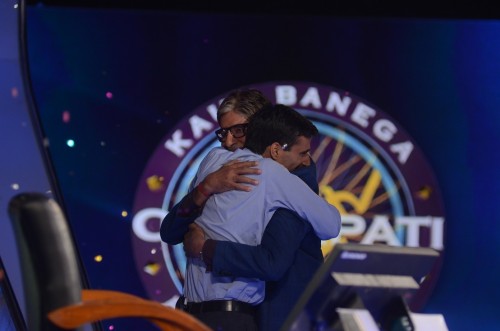 It wasn’t a one-off attempt at KBC for Raina, whose victory on the show will be aired on Sony during Sunday’s episode.

“I tried to get into KBC in 2000 first, when the show began. For three months, I tried hard day and night, but then I was very disheartened. Then I didn’t try until I chanced upon a poem, which imparted the learning – Koshish karne waalon ki haar nahin hoti (Those who try, never fail)’.

“So I decided I shouldn’t feel like a loser, and instead, try for the next season of KBC. As soon as Mr.Bachchan announced the sixth season at the end of the fifth season, I was excited. I was focussed about making it to the show, and I did,” he said with pride in his voice.