After dating for more than 2 years, Esha Deol finally married Bharat Takhtani in a south Indian wedding at the Iskon Temple. The attire for both Esha and Bharat was designed by fashion designer Neeta Lulla.

The wedding was a private affair, with only family and close friend invited. A lavish reception will be held tomorrow, and several Bollywood celebrities are expected to be present.

We have all the pictures of the 4 day celebrations of Esha Deol’s Wedding, including the sangeeth ceremony. Have a look! 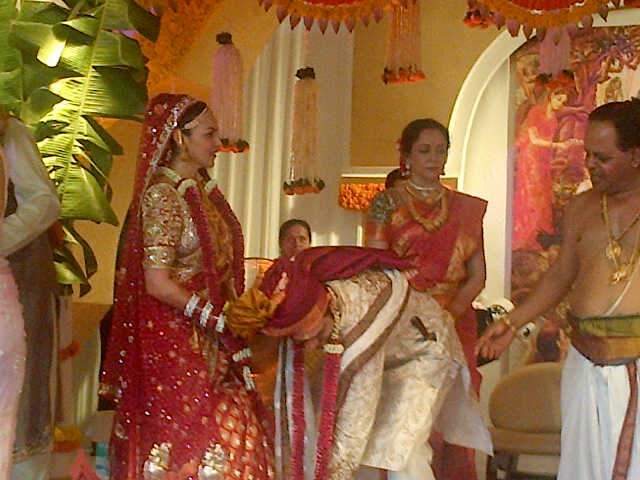 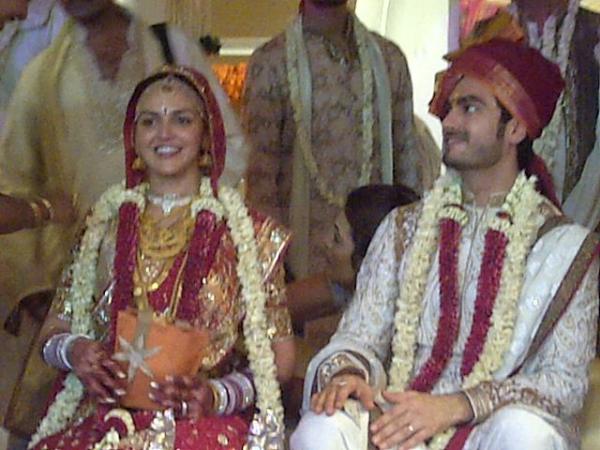 Bharat Takhtani with Esha Deol at their Mehendi ceremony pics

Bharat Takhtani and Esha Deol with their family

Esha Deol with Bharat Takhtani at their Sangeet ceremony. Wedding is tomorrow