The spectacular first look poster of Bajirao Mastani has been released. The poster has Bajirao riding a horse.

Ranveer Singh, who plays the protagonist in the film, tweeted the poster saying “A STORM IS COMING ……….”

Bajirao Mastani is Sanjay Leela Bhansali’s dream film, a movie that he first envisioned as a Salman Khan and Aishwarya Rai starrer.

The film also stars Deepika Padukone and Priyanka Chopra. Check out the poster and tell us what you think.

The trailer of Bajirao Mastani will be out tomorrow. 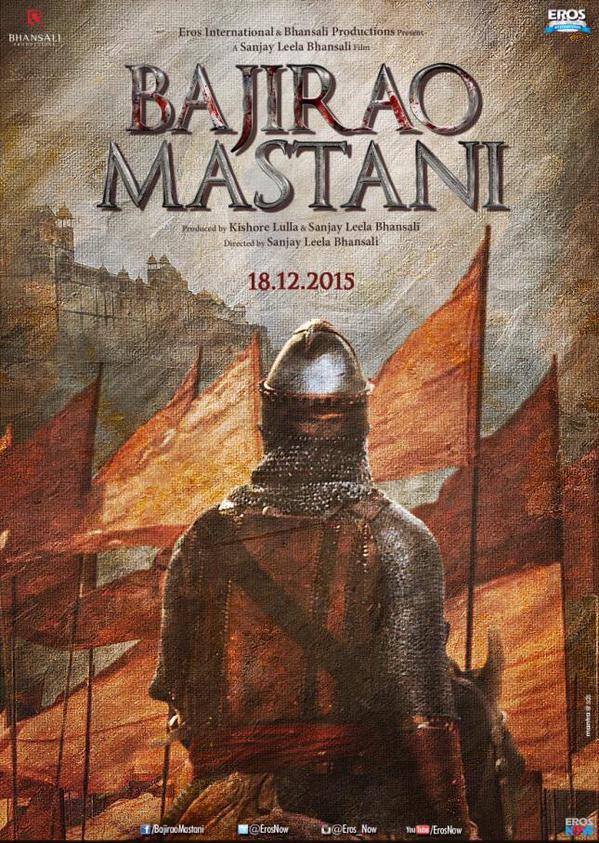