It’s Maha Shivaratri today and to celebrate the auspicious occasion, the makers of the much-awaited ‘Baahubali 2’ have released a new poster that has the mighty Baahubali showcasing his power by standing on top of an elephant.

In the first part of the film, Prabhas’s character is a ‘Shiv-bhakt’ and the scene where he carries the ‘Shiv-ling’ on top of his shoulders became one of the most popular film-scenes of 2015.

With around 9 weeks to go for the release of ‘Baahubali: The Conclusion’, the excitement is building up for what is expected to be one of the most watched films in India this year.

The question on why ‘Katappa killed Baahubali’ will also be answered! 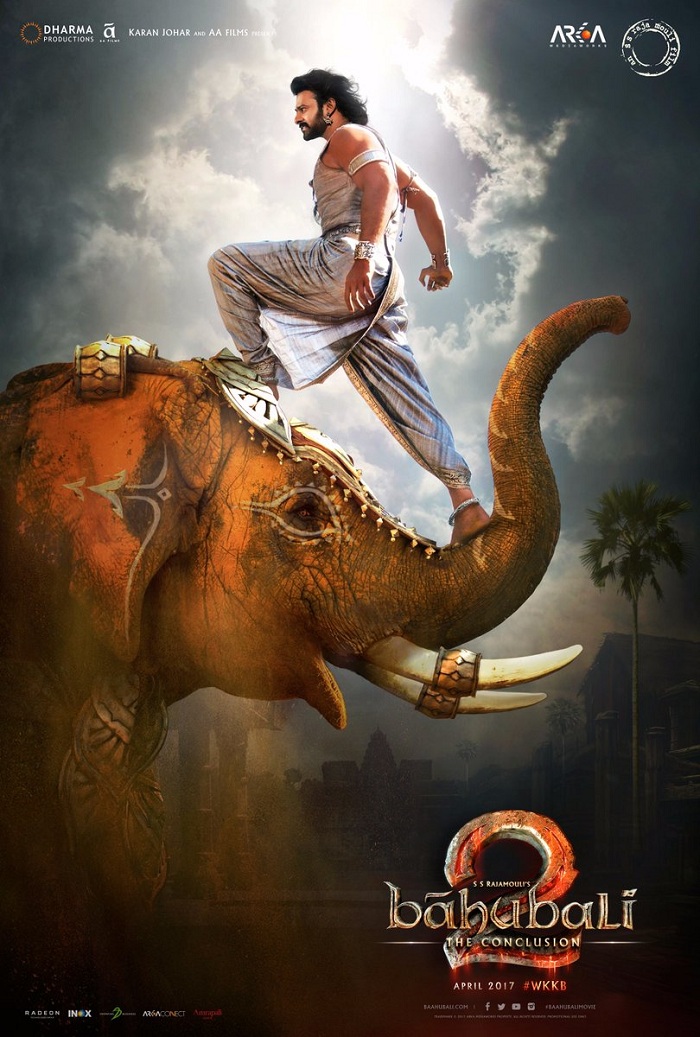