Aurangzeb star Arjun Kapoor who made his debut with Ishaqzaade last year, is featured on the cover of AsiaSpa India. Like most magazine covers that he has been featured on, Arjun once again talks about weight loss, his diet and he also has a lot to say about Salman Khan – the man behind his decision to take up acting. 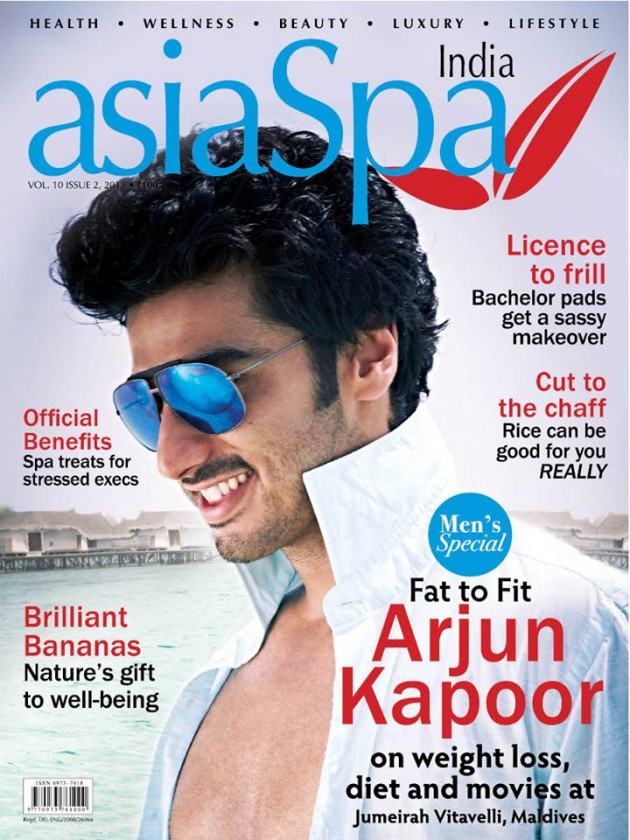