Arjun Kapoor and Alia Bhatt promoted their upcoming film ‘2 States’ at an event in Kolkata on Tuesday. The movie promotions was held at an INOX theatre in the city.

Just before the promotions, Alia, who is currently on a multi-city tour to promote her third film after ‘Student Of The Year’ and ‘Highway’, tweeted that Kolkata is one of her favourite cities.

“Hello Kolkata… One of my favourite cities in India. ‘2 States’ in West Bengal today. Lots of exciting things to do,” she tweeted.

Alia will be playing a Tamil girl named Ananya in the film, which is directed by Abhishek Varman. The film releases in theatres on April 11.

Photos below, have a look! 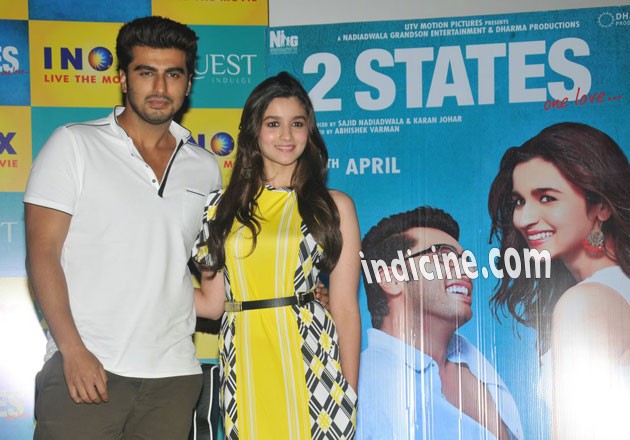 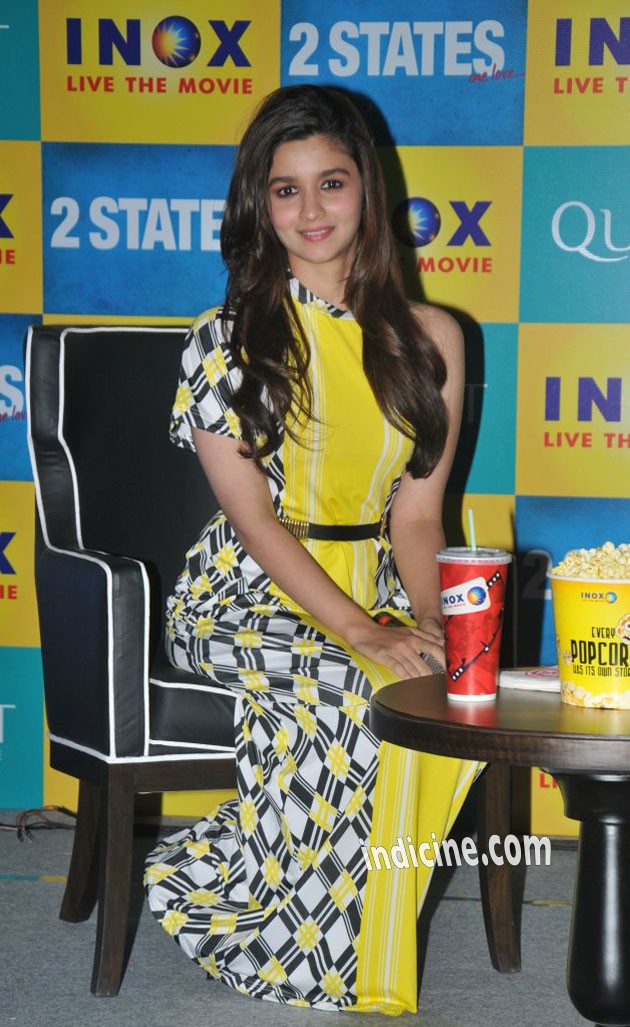 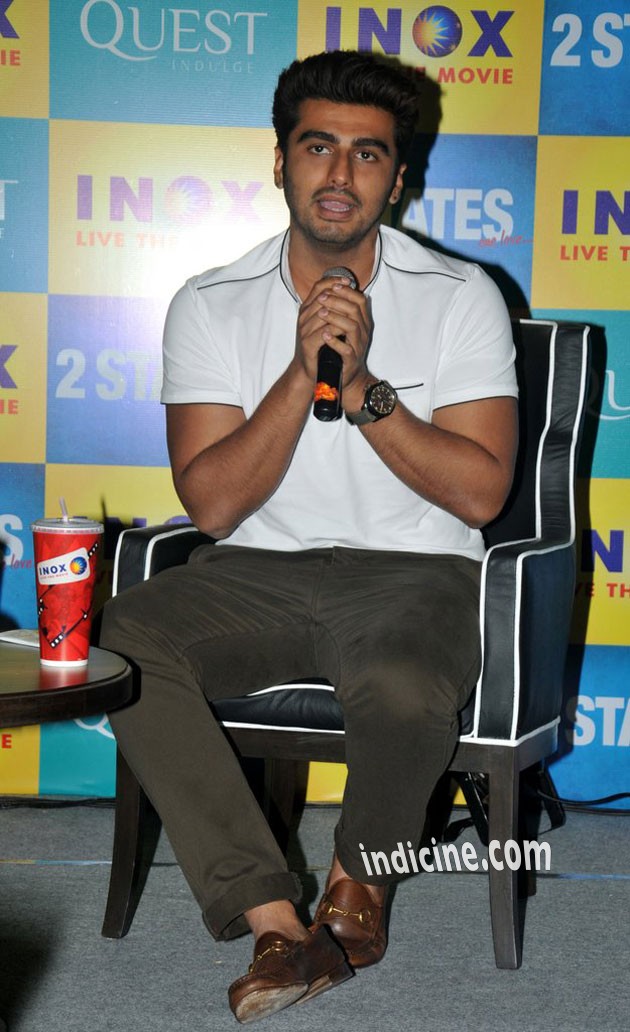 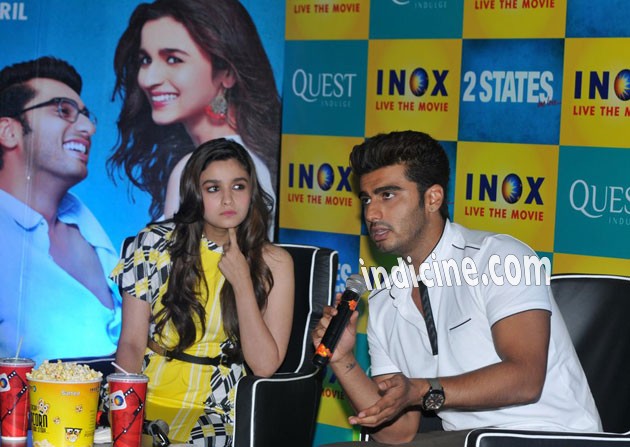 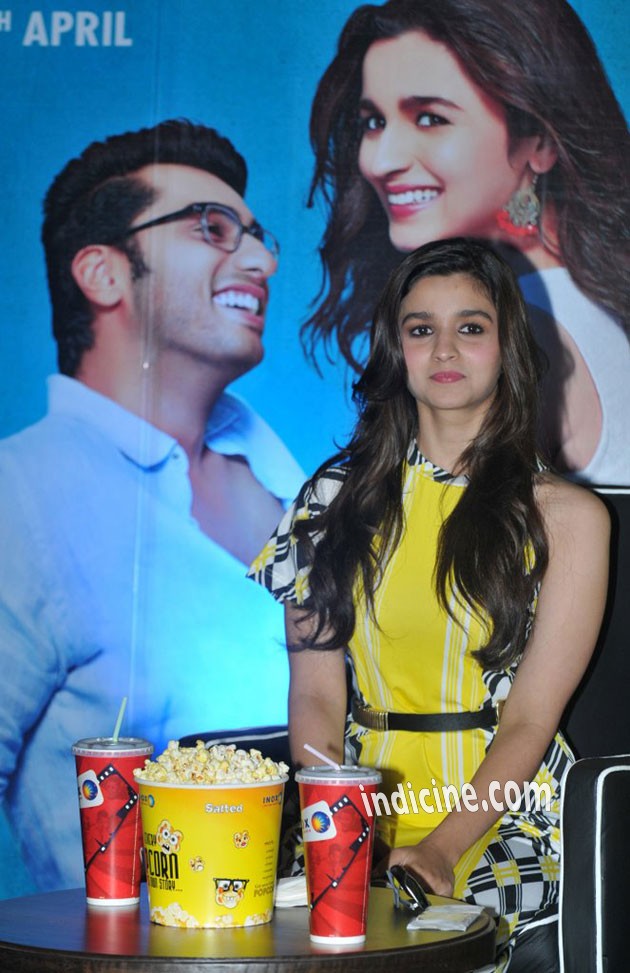 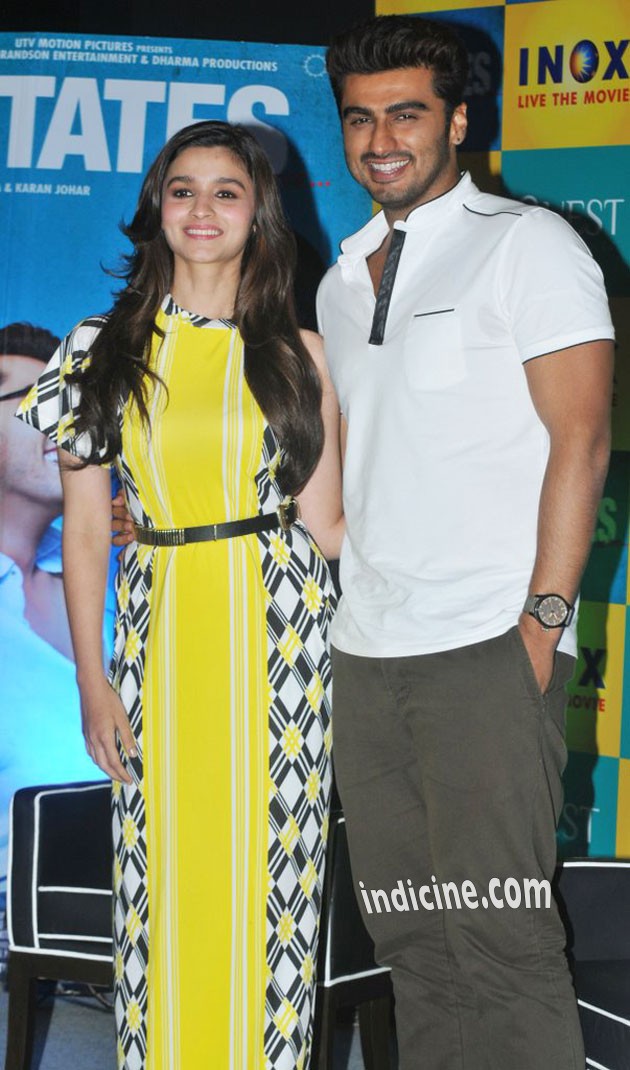