Bollywood star Anushka Sharma, who awaits the release of her upcoming film ‘NH10’, was on the sets of Kapil Sharma’s Comedy Nights With Kapil to promote her film.

The actress looked pretty in pink. Apart from posing for pictures with actors on the show, Anushka was also seen playing with a dog. There were reports earlier this week that she had quit eating non-vegetarian food, as her dog, quite surprisingly, doesn’t eat or like the smell of meat! 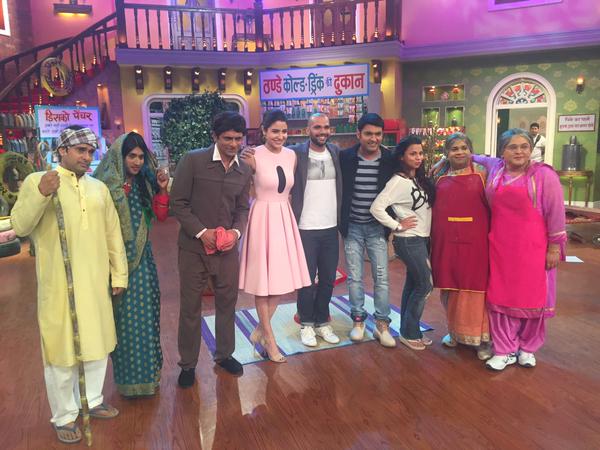 Anushka Sharma and Neil Bhoopalam on Comedy Nights With Kapil 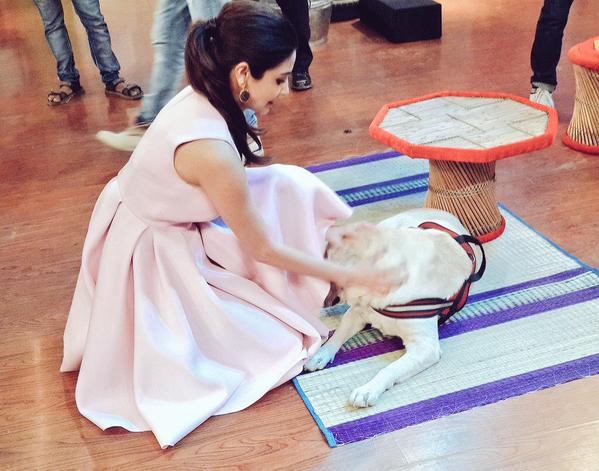 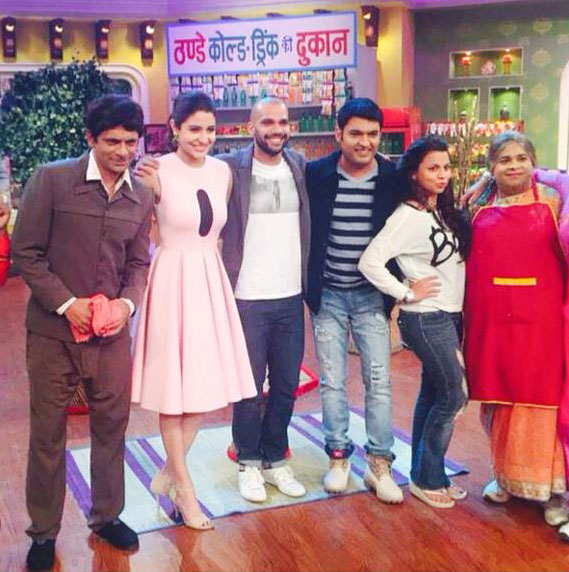