Rishi Kapoor took to Twitter to reveal the look of ‘102 Not Out’ with his ‘Amar Akbar Anthony’ co-star Amitabh Bachchan.

“Always a pleasure and an honour to work with him. Started reading the script with the team. For further details ,stay tuned!!!” Rishi Kapoor said, in a series of tweets.

The two are rumoured to play the lead in a film titled ‘102 Not Out’. Bachchan plays the role of a 102-year-old, while Kapoor plays his son who is 75.

The movie is based on Saumya Joshi’s Gujarati play with the same title. Umesh Shukla of ‘OMG! Oh My God’ fame is directing it.

“Amitji and Rishiji are collaborating after 26 years. They are playing Gujarati characters for the first time. Being a Gujarati myself, I had certain references in my mind which we used to create their look.” he said. 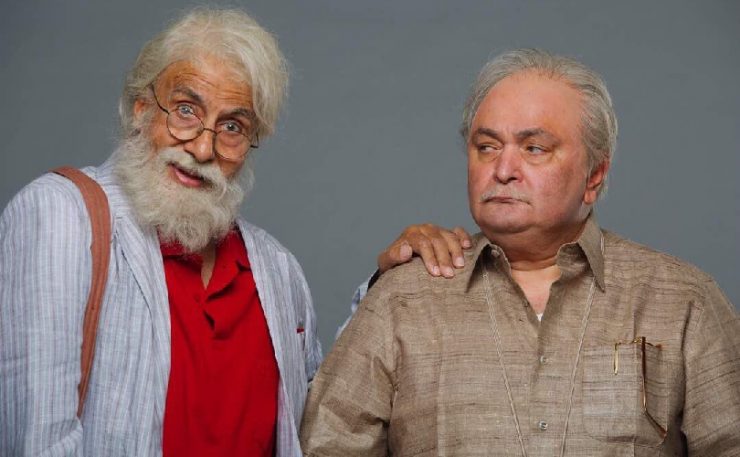 Amitabh Bachchan, Rishi Kapoor look from 102 Not Out