Legendary actor Amitabh Bachchan has been conferred with Padma Vibhushan, the second highest civilian award in India. The megastar, who received the Padma Shri in 1989 and Padma Bhushan in 2001, received the award from President Pranab Mukherjee.

Bachchan’s idol Dilip Kumar was also awarded with the Padma Vibhushan, but couldn’t make it to receive the award. 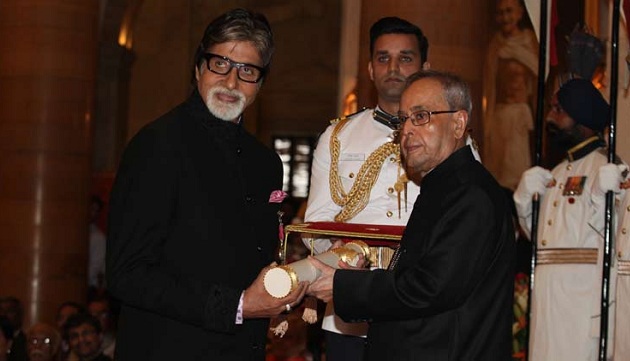