Ranbir Kapoor has already dedicated almost a year of his life to transform himself to play the role of Sanjay Dutt on the big screen. The actor has been talking like Dutt, behaving like him and there are reports that he will also spend a week in jail to get his mindset right for those jail sequences.

Considered by many to be the best actor of his generation, Ranbir under Rajkumar Hirani’s direction could get his career-defining film. Hirani, the most successful director in the industry today, has promised to make the film his most entertaining.

Ranbir has also been working out hard in the gym. He has gained nearly 15 kgs of muscle and also reduced the fat level in his body. A recent picture of the actor has him almost look like the Sanjay Dutt.

Paresh Rawal will be playing the role of Sanjay’s father Sunil Dutt, Anushka Sharma plays the character of a journalist, while Sonam Kapoor also has a important role to play. 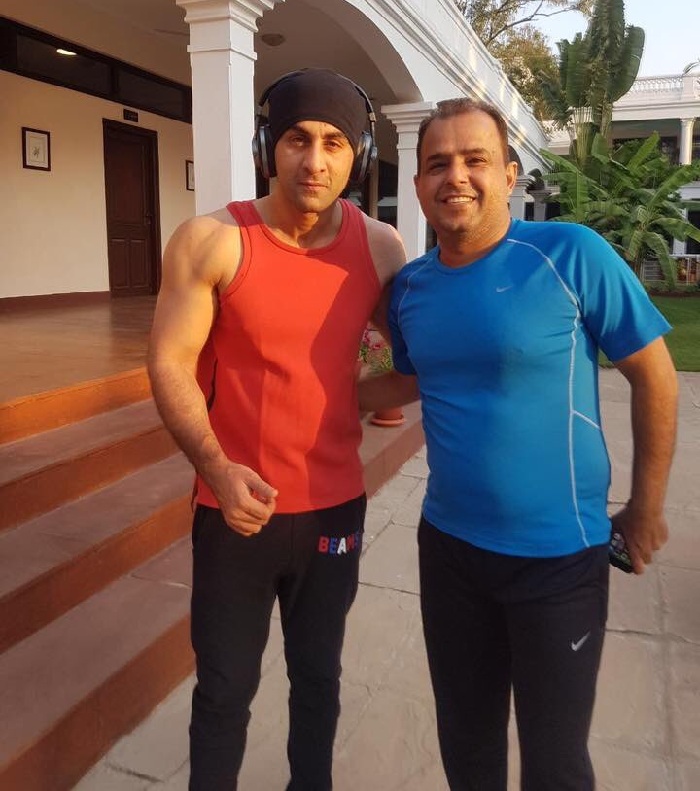 Ranbir Kapoor after a gym session