In an uniquely different marketing strategy, the countdown to the trailer of Dharma Productions’ upcoming film ‘Ungli’ began a few days ago.

The trailer will be launched today at 5PM Indian Standard Time.

‘Ungli’ will be out in cinemas in the last week of November.

Check out all the 5 countdown posters of Ungli. The last one has to be the best, don’t you think? 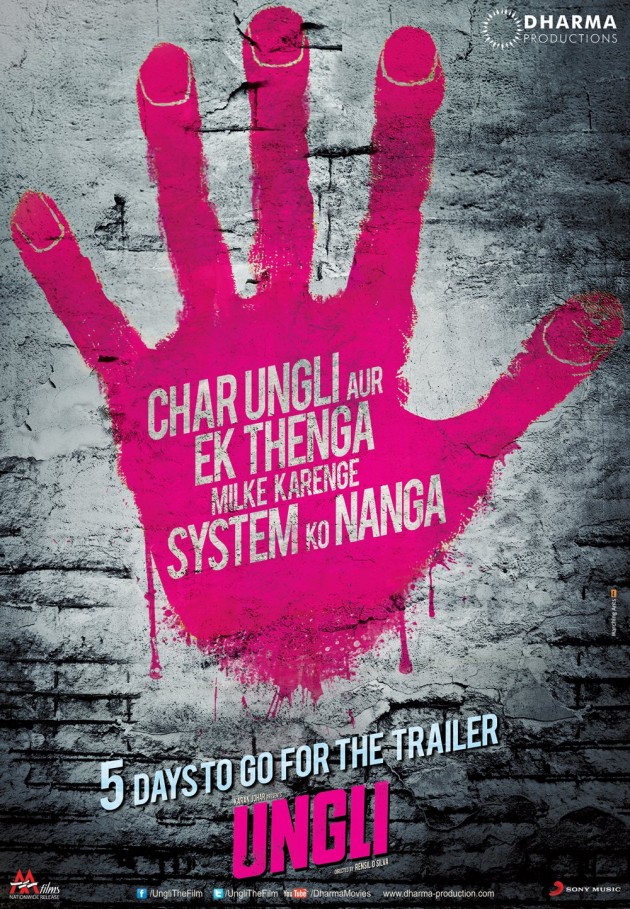 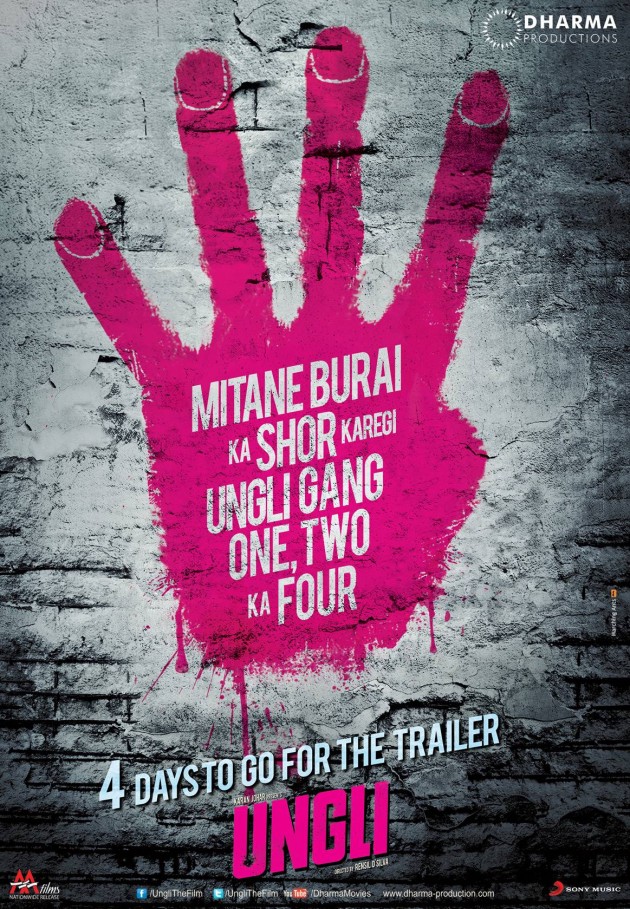 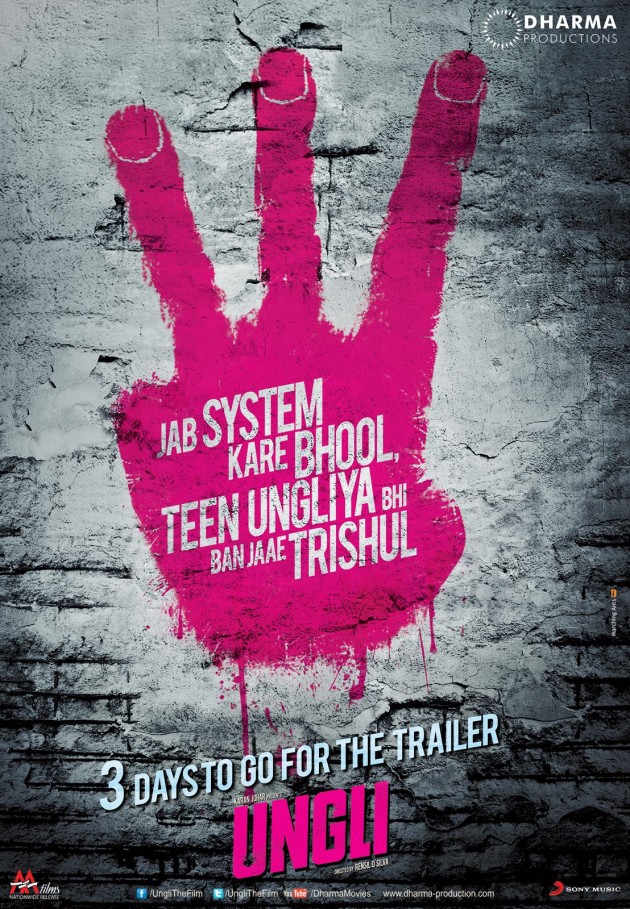 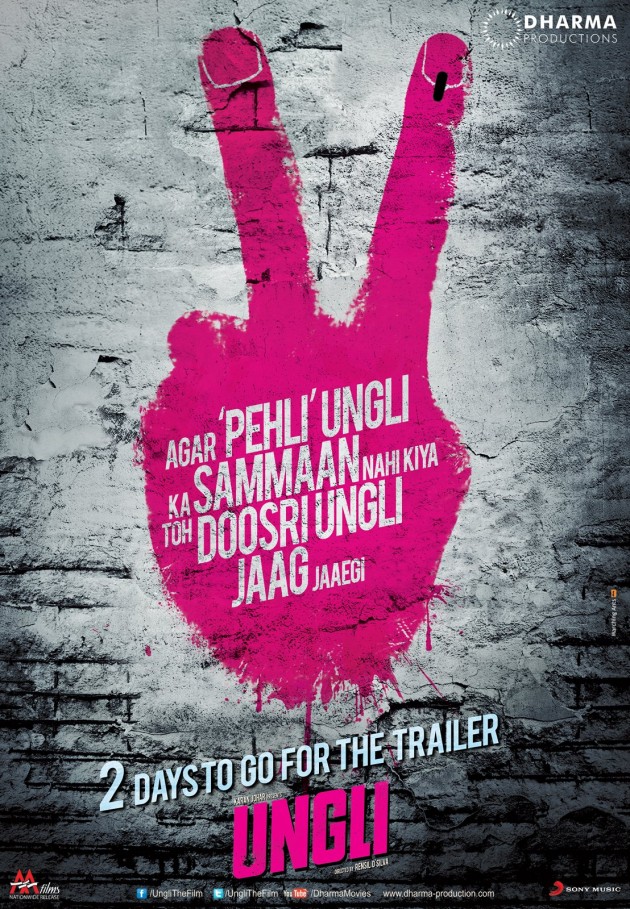 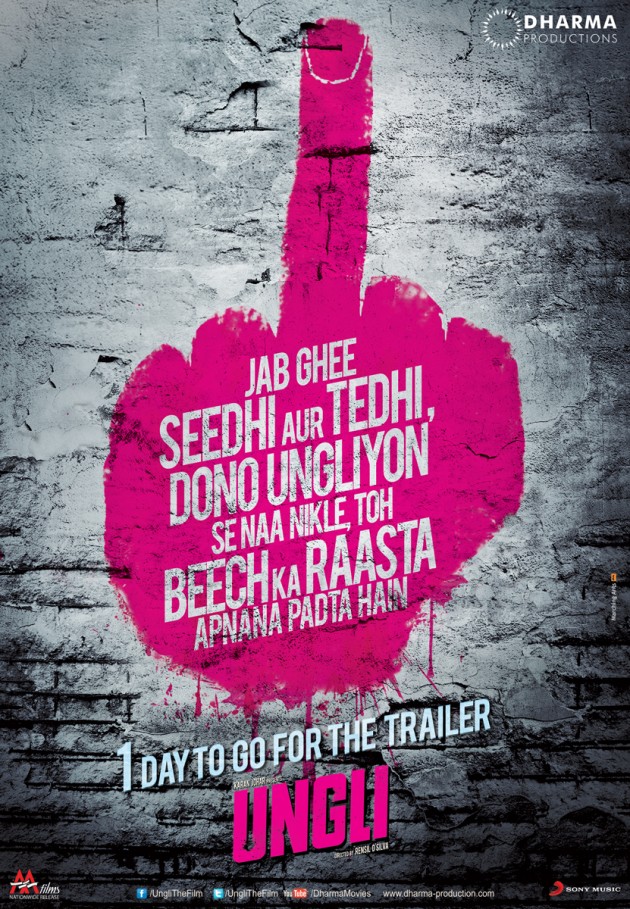