Alia Bhatt graces the cover of ‘Miss Vogue India’ for the month of April 2015. The inaugural edition of the magazine features the pretty looking actress, who made it to the top league in 2014 with films like ‘Highway’, ‘2 States’ and ‘Humpty Sharma Ki Dulhania’.

The new ‘Miss Vogue India’ magazine is a kaleidoscopic encyclopedia of all things hip, colourful, bright, trendy, stylish and cool.

In an exclusive interview, Alia Bhatt reveals that Ranbir Kapoor is her biggest crush. For more secrets on her life, you’d have to purchase the magazine, which has been priced at Rs 150.

Alia is currently shooting for ‘Udta Punjab’. She will also be seen in ‘Queen’ director Vikas Bahl’s ‘Shaandaar’ with Shahid Kapoor as her co-star.

Check out Alia Bhatt on the cover of Miss Vogue India! 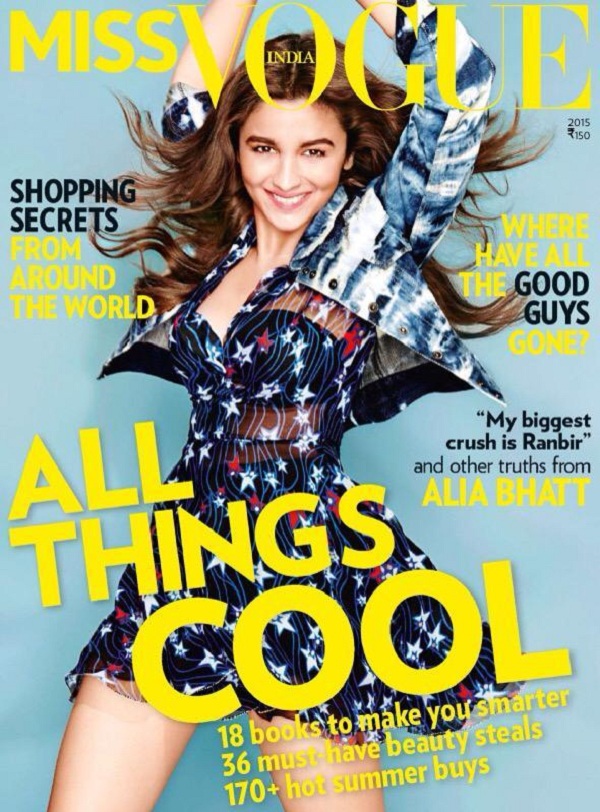