The gorgeous Alia Bhatt is featured on the cover of Elle for the month of December 2015. The year hasn’t been great for the actress, who was last seen in the disastrous ‘Shaandaar’.

Alia will be next seen in ‘Kapoor and Sons’, once again a Dharma Productions’ film starring Sidharth Malhotra, which releases in theatres in March next year. 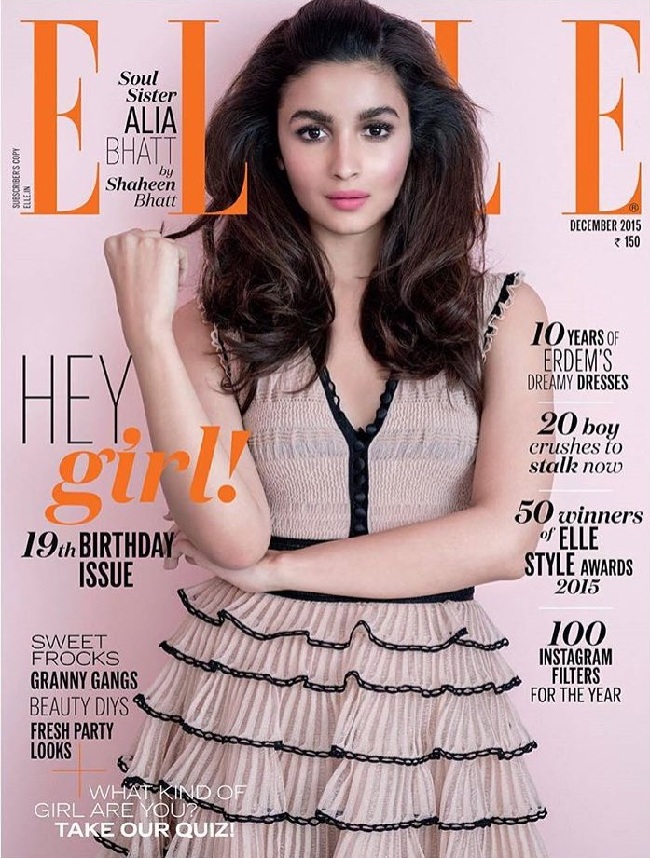