Director Ali Abbas Zafar has shared a picture from the biggest action film of the year ‘Tiger Zinda Hai’ and it features the megastar in the way the audience likes to see him in!

After the ‘Tubelight’ debacle, a film that turned out to be underwhelming both for his fans and the audience, ‘Tiger Zinda Hai’ will see Salman Khan return to his larger-than-life presence on the big screen.

Talking about the action sequences in the film, Salman had recently said “Tiger Zinda Hai is going to be bigger than Ek Tha Tiger for sure. It begins from where we left off in part one”

“Tiger Zinda Hai has things that you have never seen before in Indian cinema. We are making this film on a huge scale, especially the action” Salman said. 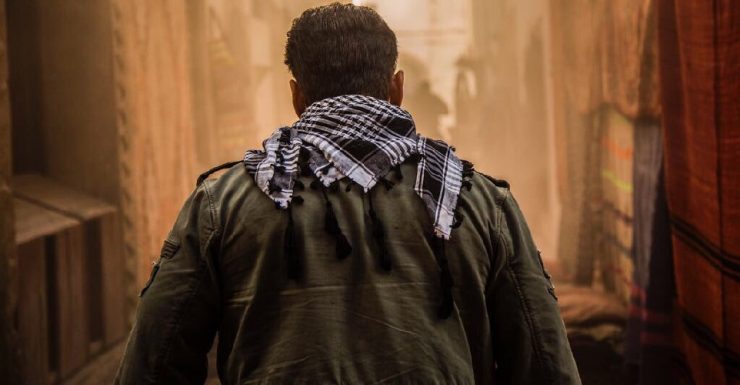