The first look of Ajay Devgn’s Action Jackson is finally out. In what looks like a martial arts action scene, Ajay flaunts his perfect physique. Sources say, the actor has undergone rigorous physical training, not just to get in the right shape for the role but also to perfectly execute the action sequences – most of which he has performed himself.

2014 has been a good year for Ajay, who recently delivered the year’s second highest grosser Singham Returns. His upcoming film, Action Jackson directed by Prabhu Deva, is also an out-an-out commercial film with action, romance and comedy.  The film is scheduled to release in theatres on December 5th.

Nothing seems to be giving Ajay Devgn a bigger adrenaline rush than work!

The actor who won acclaim yet again for his portrayal as Bajirao Singham in the super-hit Singham Returns, that is still having a good run in several parts of the country, didn’t take even a day’s break before getting on to the schedule of his next action thriller Action Jackson!

As can seen from the photograph, Ajay who was already wearing a chiselled look for Singham Returns but hit it below his khaki uniform and white vest; had to bare his torso this time around. Keeping this in mind, the Bollywood superstar put himself on an even more electrifying exercise regimen.

And what more can one add here–the photograph says it all!! 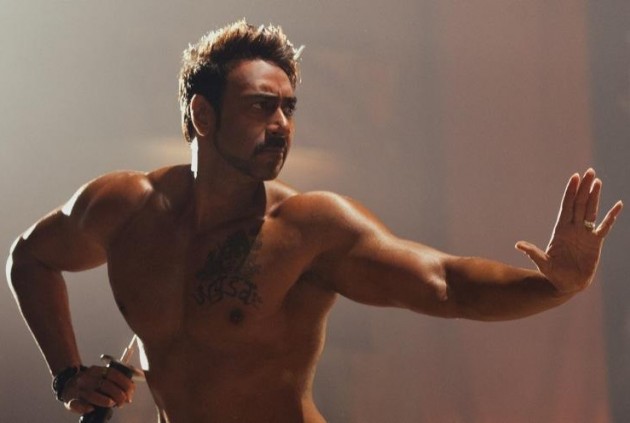