A few exclusive pictures coming in from various polling booths in Mumbai.

Bollywood superstar Ajay Devgn and his wife Kajol were seen casting their votes in the 6th round of the Lok Sabha elections in Mumbai.

In September 2012, just before the release of his film ‘Son Of Sardaar’, Devgn had met BJP’s prime ministerial candidate Narendra Modi in Gujarat. 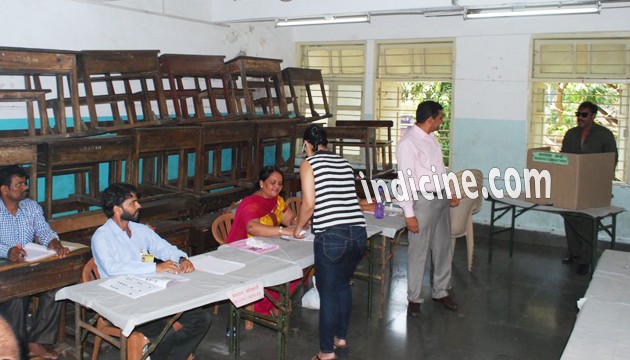 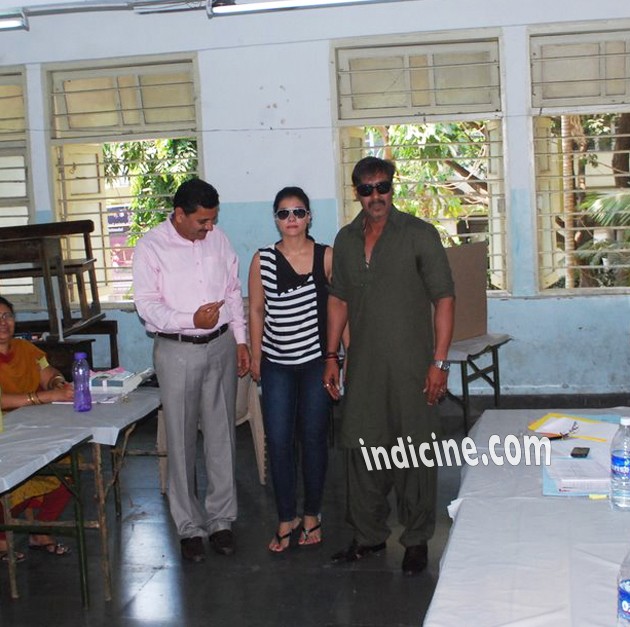 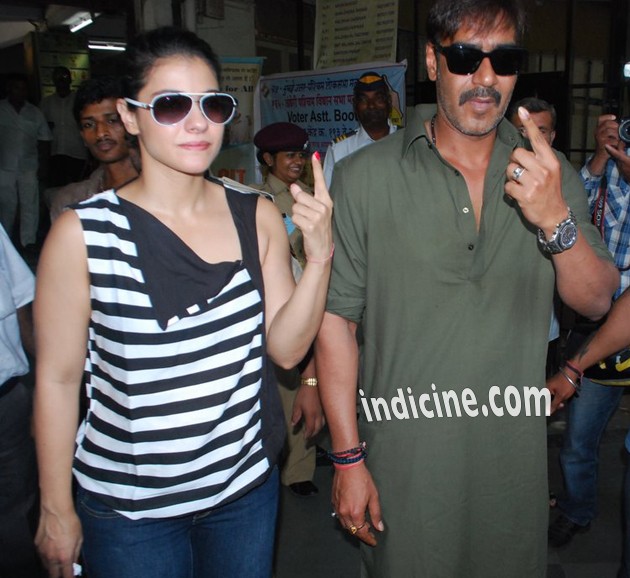 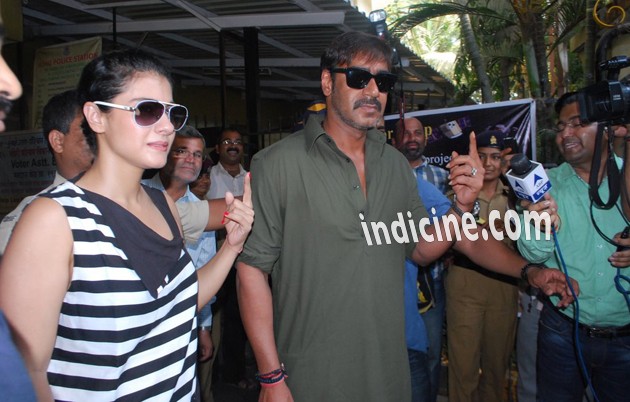 Kajol and Ajay Devgan with media after casting their votes