Agneepath broke the first day collection record with approximately 23 crore, breaking the ‘Bodyguard’ record at the Indian Box Office. The Agneepath mania refuse to slow down, as the film’s world television premiere on the June 16th has gained the highest TRP on television.

The movie had the regular television viewers glued to their screens on Saturday. It recorded a high TVR of 5.5 and hit jackpot on smaller screen too. The success can now be termed as historical after its big leap on the small screen. The excitement for the premiere increased owing to Hritik Roshans tweet, which read “Never seen so much news about a movie premiering on tv before! Nervous all over again” this tweet added to the excitement.

The high viewership for Agneepath has been a major boost for Zee Cinema, which recorded it’s highest TRP’s for any movie ever.

On Sunday it also recorded the highest TRP’s for any show, higher than Satyamev Jayate (3.0), Jhalak Dikhla Ja (3.1) and Indian Idol (2.1)

Official poster below featuring Hrithik Roshan below. Have a look! 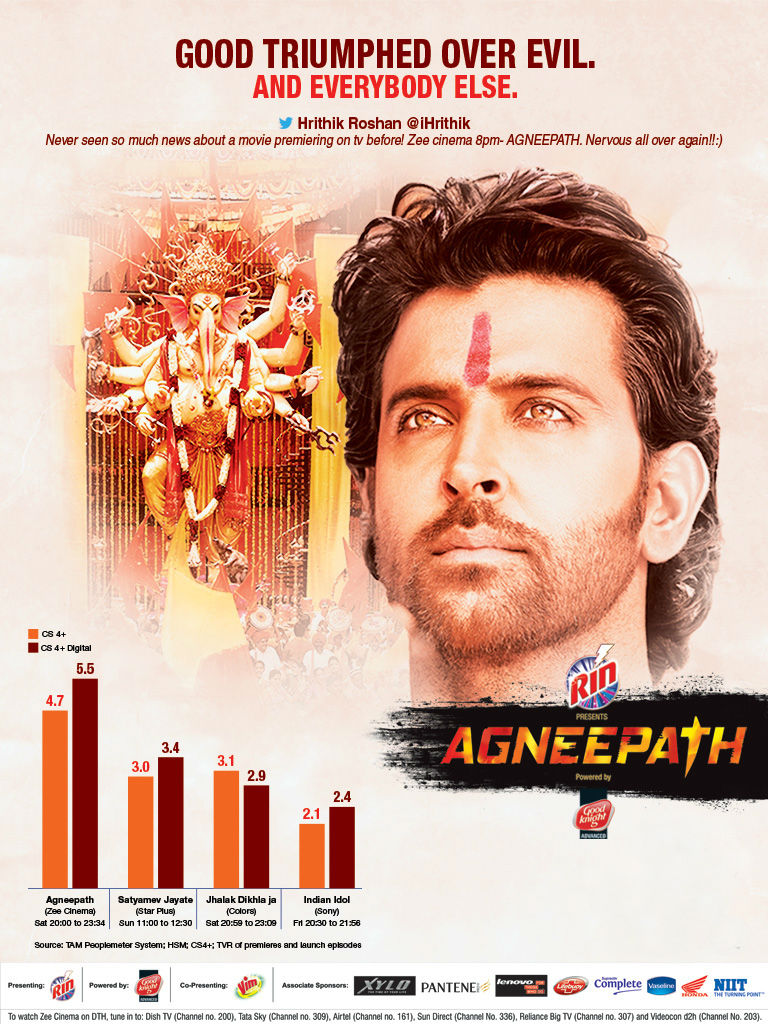