Dharma Productions has officially announced that their latest release – the Hrithik Roshan starrer Agneepath – has crossed the 100 crore mark in India. It’s now the first film produced under Karan Johar’s banner to join the 100 crore club.

The production house made the announcement with their new Agneepath poster. Have a look! 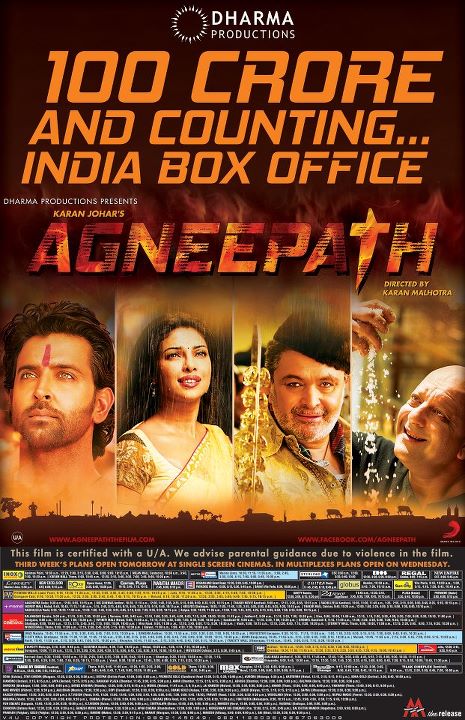