Not many are aware that Aditi Rao Hydari is the first cousin of Aamir Khan’s wife Kiran Rao! After making her Bollywood debut with Rakeysh OmPrakash Mehra’s Delhi 6, Aditi had a small role in Imtiaz Ali’s Rockstar.

Now, she has signed arguably the biggest role of her career – opposite Randeep Hooda in ‘Murder 3’. The film will have several love-making sequences and Aditi will be seen in skimpy clothes.

For the December 2012 edition of FHM, Aditi Rao Hydari gives the magazine a lesson on ‘0n-screen smooching’. She looks stunning on the cover. Have a look! 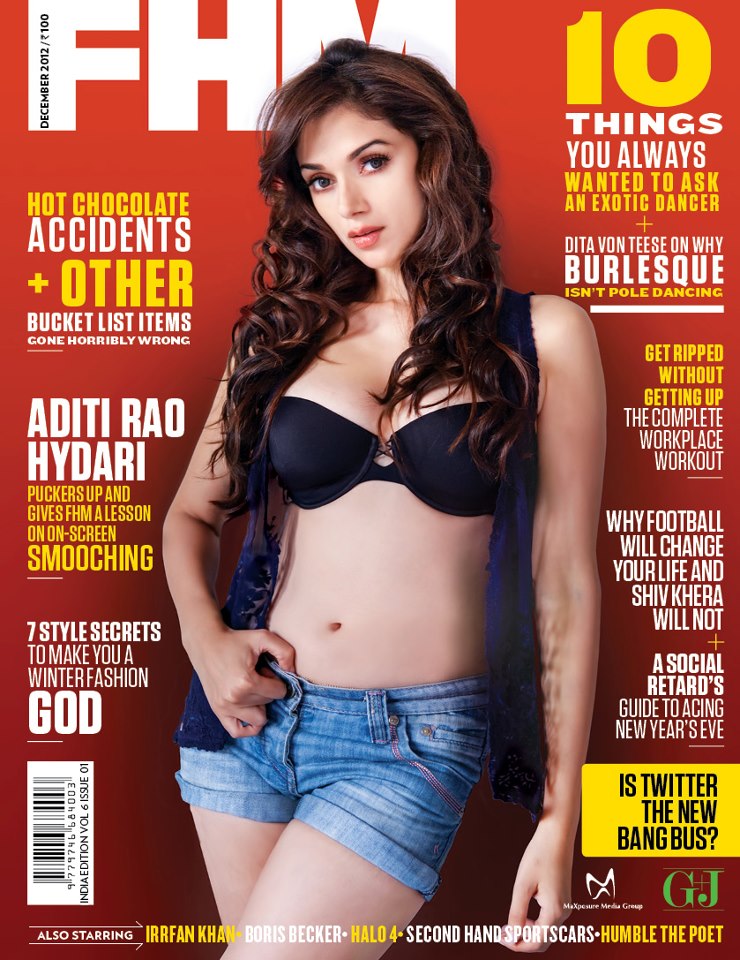 Aditi Rao Hydari on the cover of FHM India – December 2012