Aamir Khan is not known for making fashion statement and when he does feature on the cover of his magazine – his look, styling and even his clothing is different from anything that you’d have seen a Hindi film superstar doing.

It’s his birthday month too, as the superstar turns 52 in less than two weeks from now.

The actor was recently seen in the industry’s all-time highest grosser Dangal. A film that was watched and re-watched by his fans and the audience in general. The film is still running in theatres.

Aamir’s only release this year will be a special appearance in ‘Secret Superstar’.

Check out the one and only Aamir Khan on the cover of Filmfare! 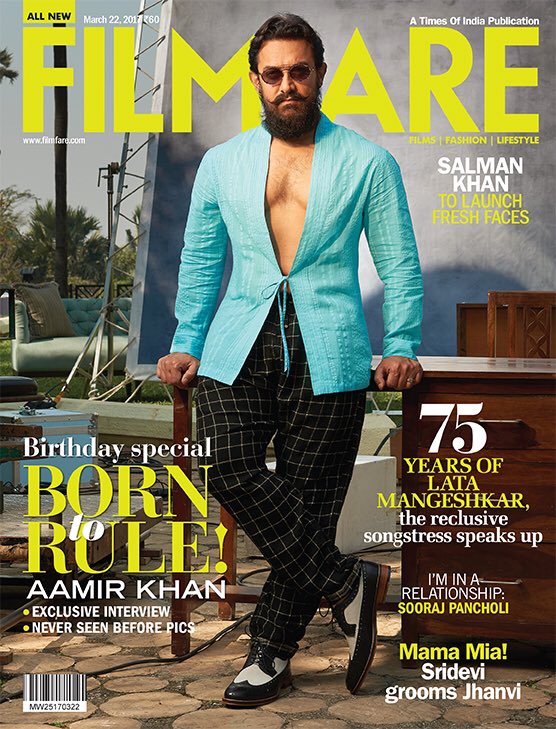