Producer Vidhu Vinod Chopra went all out to praise actor Aamir Khan and director Rajkumar Hirani, for not only not charging a single penny for the film, but also for believing in quality over quantity.

Hirani’s last film released exactly 5 years ago, while Aamir has decided to take a share of profits. What that effectively means is, if PK doesn’t work at the box office, Aamir won’t earn anything from the film.

“All actors are overpaid these days. Please tell them not to, as the producers need to make good films. Hirani took five years to make his film. He could have easily made five films, but he chose to make one. Aamir Khan did not charge any money for this film. He will only be taking a share from the profits. Due to this reason, we were able to spend on the film, and come out with a good product.”

“It is my humble request to my colleagues that you need to make good films and not concentrate on 100 Cr and 200 Cr clubs. There needs to be only one club and that is the ‘good film club’.”
Well said, don’t you think? 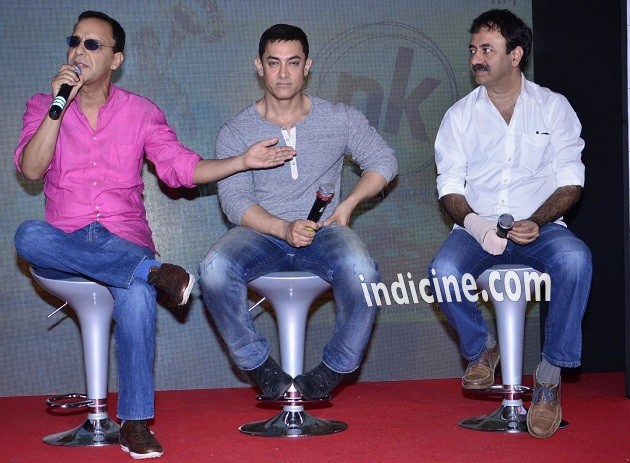