Industry legend Yash Chopra has passed away at the age of 80. The iconic director was diagnosed of Dengue and admitted to the hospital last week.

His last film Jab Tak Hai Jaan releases on November 13th. On his 80th birthday, Chopra had announced his retirement from direction. 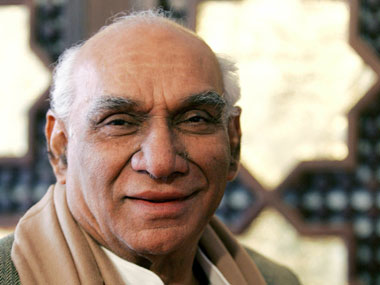 Condolences from film stars, politicians, cricketers.. have started pouring in.. below are some of them (adding more, keep refreshing)