Exploring the charismatic and festive Punjabi customs has been an exuberant theme in Bollywood for decades now. Trends and Fashions come and go in the industry, but one thing which has remained is the evergreen Turban. Now it seems to have become a style statement with most of the leading men donning the ‘Pagri’ with elan. The carefree outlook of the Punjabi attracts attention of every kind of viewer and portraying the role of a Sardar has suddenly become hip, trendy and macho.

This Diwali’s mega release ‘Son of Sardar’ is made with a pure Punjabi setting and has Ajay Devgn playing a passionate funny Sardar. While it is certain that the movie is all set to cash in on this universal trend of rising popularity of Punjabi music and culture, let us take a trip down the memory lane and check out my Top 5 list of the best on-screen Sardars of Bollywood in recent times. 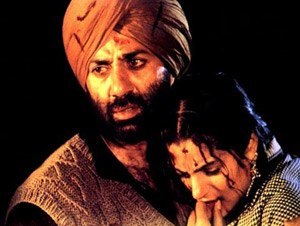 Sunny Deol : Punjab Da Puttar Sunny Deol’s name easily comes at top of the list as this deadly deol has convincingly portrayed the role of a Sardar in as many as 4 movies – Border, Gadar – Ek Prem Katha, Jo Bole So Nihaal and Yamla Pagla Deewana. While there were not many takers for the funny cop Nihaal Singh in Jo Bole So Nihaal, his stern patriotic acts as Major Kuldeep Singh in Border and Tara Singh in Gadar created history. His funny act in YPD got a thunderous applause from one and all. It would not be wrong to say that his portrayal of Sardar has become a benchmark in the Bollywood. 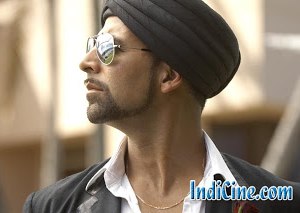 Akshay Kumar: Akshay may have starred in many films with a Punjabi flavor but it was Anees Bazmee’s Singh is Kinng that gave him the first chance to appear before the audiences in turban and beard. Akshay made the turban look stylish, fashionable and sexy as he wore a specially designed diamond studded Pagri with equal grace and panache. The character of Happy Singh was thoroughly entertaining and the movie became one of the biggest hits of 2008. 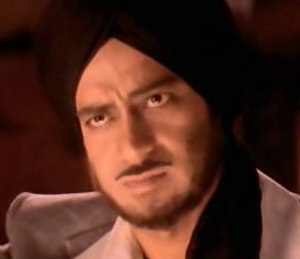 Ajay Devgn: While all actors have portrayed fictional ‘sardar’ characters (except for Border to some extent), Ajay had a hugely challenging task as he had to portray legendary freedom fighter Bhagat Singh. Ajay delivered arguably the finest performance of his career as the young Sikh Bhagat Singh in Raj Kumar Santoshi’s The Legend of Bhagat Singh. This was probably the most sensitive portrayal of a ‘Sardar’ character in Bollywood and it very deservingly fetched Ajay the National Award for Best Actor. 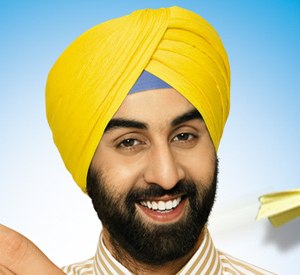 Ranbir Kapoor: The next generation superstar Ranbir Kapoor should be given credit as he tried something completely different so early in his career. In only his 3rd film Rocket Singh – Salesman of the Year, Ranbir played the title role of a Sikh Salesman with utmost conviction. He looked pucca Sardar as he refused to use a fake beard and grew a real one instead. 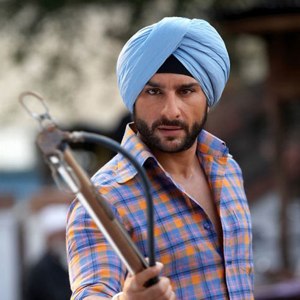 Saif Ali Khan: He is perhaps the cutest sardar played by an actor so far on the big screen. As a younger Rishi Kapoor in Imtiaz Ali’s Love Aaj Kal, Saif convincingly portrayed the role of a sweet turbaned boy chasing his lady love, Giselle Monteiro. While all of the above mentioned characters were main leads of the movie, Saif’s Sikh character had comparatively less screen time and that’s the only reason he is at the bottom of the list. Saif’s Punjabi look and his body language were so well enacted that Love Aaj Kal is considered as one of his best films.

Tell us who is the best on-screen Sardar of Bollywood. Vote Now